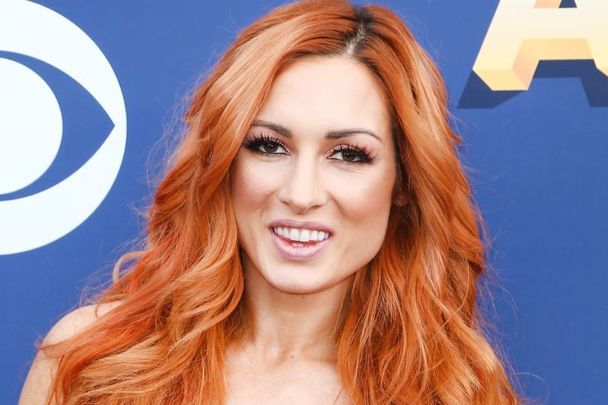 That was a pretty neat acting debut by WWE's Irish star Becky Lynch on the NBC comedy "Young Rock," which began its third season on Friday night with Lynch guest starring as Cyndi Lauper at the WWE’s big Wrestlemania event in 1985 at Madison Square Garden.

"Young Rock" stars Dwayne Johnson, one of the biggest names in the world who got his start with WWE when he was known as The Rock. The show is a retelling of the events in Johnson’s life with a healthy dollop of fantasy thrown in as well, and its first two seasons were a bright spot in NBC’s comedy lineup.

Dubliner Lynch was lined up to play Lauper for the third season opener, and she nailed it. She looks a lot like the “Girls Just Wanna Have Fun” hitmaker, who earlier in her career was part of the WWE as a manager and associate of the great Captain Lou Albano just when Wrestlemania was born in 1985.

Lynch ditched her WWE moniker and was billed as Rebecca Quin, her given name, in the credits. The praise for her turn as Cyndi, and how she mastered the pop icon’s distinctive Queens accent, was universal and led by NBC Entertainment, which gushed over the grappler’s performance.

“omg omg omg a star is born…@beckylynchwwe will you pls pls come back to #youngrock,” the network tweeted.

omg a star is born... @beckylynchWWE will you pls pls come back to #youngrock pic.twitter.com/XfadMBRX0E

"Becky takes on the daunting and FUN task of playing the one and only – the icon Cyndi Lauper," Johnson wrote on Instagram ahead of the episode's debut.

"I was right there for Becky's audition and we were all very impressed at her high level commitment as an actor to become Cyndi Lauper. No easy task, but she worked her butt off and went all in – and crushed it. CAN'T WAIT for you guys to see Becky's acting debut!!!"

Lynch was thrilled to have the chance to play fellow redhead Cyndi.

“Playing someone as groundbreaking and influential, not only in the music industry but as a feminist and someone who was instrumental in bringing wrestling into the mainstream, was both challenging and immensely fun and I can’t wait for you all to see it!" Lynch wrote on Instagram.

She later tweeted: "Very grateful to be part of telling this amazing story and to play an icon that helped change the game forever."

Very grateful to be part of telling this amazing story and to play an icon that helped change the game forever 👊 https://t.co/u0mqAjStH3

Rightfully, Big Time Becks, as she’s known in the WWE, gave a shout-out to the vocal coach, Courtney Young, who helped her lose the Dublin accent.

“Special shout out to @courtney_ly for working with me tirelessly to scrape away the brogue and bring Cyndi’s very distinct voice to life!” tweeted Lynch, who seems poised for Hollywood stardom just like The Rock was.

Special shout out to @courtney_ly for working with me tirelessly to scrape away the brogue and bring Cyndis very distinct voice to life! https://t.co/Dfg5oogxKr