“Even to play the villain. That would be quite cool. But maybe Bond – actually, you know what, maybe Bond.  We will see, we will see what happens.” 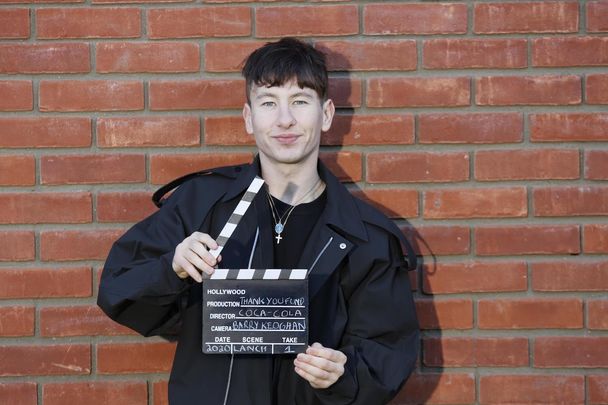 The job of filling James Bond’s shoes is now open as Daniel Craig is finished after five turns as 007.  His possible replacement?  Dubliner Barry Keoghan certainly wouldn’t mind stepping into his shoes.

Barry Keoghan has aced a bunch of roles to date, most notably in Dunkirk and the recent Marvel flick The Eternals. BK told RTE host Ryan Tubridy last week that he’d be up for any role in the Bond stratosphere, and that recent buff photos he posted of himself with the caption “BOND who?” were just for fun.

“Ah look, I was having a bit of craic, you know, you just throw your hat in the ring for it and see what happens. But I am curious to see where they go upon,” Barry said.

“Even to play the villain. That would be quite cool. But maybe Bond – actually, you know what, maybe Bond.  We will see, we will see what happens.”

At 29 with a real baby face, Barry might be a bit on the young side to play 007, a man of the world, but who knows?  Stranger things have happened, and let’s not forget an Irishman excelled in the role before, none other than Pierce Brosnan, whose four turns as James Bond (1995-2002) kicked more than $1.5 billion into the coffers.

It’s likely that Barry would get the Bond vote of his good friend and mentor Colin Farrell, who spoke to RTE Radio last week about his fellow Dub who very briefly appears in one of The Batman’s final scenes.  Colin and Barry have worked together before, and they clearly get along pretty well.

“I wouldn’t be sharing digs with him now for too long...he could be a bit of a mess!” Colin laughed.