Barry Keoghan and his son Brando are getting into the holiday spirit as the Dublin actor basks in the rave reviews for "The Banshees of Inisherin." 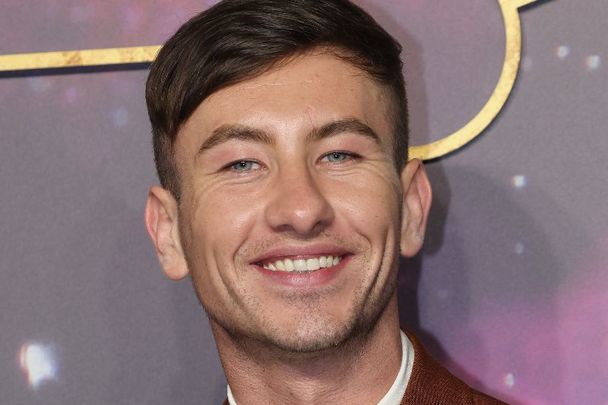 What a cute little tot Barry Keoghan's four-month-old Brando is!

Proud dad Barry posted a pic of his "wee Brando" in Yuletide togs on Twitter on December 4.

Keoghan has been spending time in Miami recently with Brando and Brando's mum, Keoghan's partner Alyson Sandro, enjoying the sun and perhaps getting ready for what’s shaping up to be a busy awards season for Dubliner Keoghan, 30, a co-star of the critically lauded film "The Banshees of Inisherin."

Stars Colin Farrell and Brendan Gleeson have been getting the lion’s share of attention for "Banshees" – director/writer Martin McDonagh too, of course – but Keoghan's significant supporting role can’t be overstated says The Hollywood Reporter, which posted a gushing feature about Keoghan on Sunday.

“Keoghan’s own animal magnetism is present onscreen, if only because his physicality is so refreshingly untamed…as the dimwitted Dominic in Martin McDonagh’s latest, Keoghan delivers an understated performance that serves as the heart of the Searchlight film,” wrote the industry bible.

‘The Banshees of Inisherin’ Star Barry Keoghan on Playing a Simple Man With Soul https://t.co/5tFvRvt9hm

In an accompanying interview – conducted by Zoom, for which Keoghan uses the screen name Barry Wolf – he said he’s been heartened by all the positive reviews "Banshees" has received.

“I’m really over the moon with the way people have responded. It gives you a certain amount of confidence — in a good way, not in an unhealthy way — that I can try to show range now and maybe step up to something else next time,” he said of his part in the Oscar front-runner.

Keoghan got so into his role as Dominic, the so-called village idiot with physical jitters but with wisdom that he doesn’t get credit for. The role stayed with him in more ways than one, he revealed.

“Even after I was finished, I was doing it,” he said of Dominic’s ticks. “My girlfriend was like, ‘What are you being Dominic for?’ I was finding it hard to break it.”

You can watch the trailer for "The Banshees of Inisherin" here: