Barry Keoghan has shared a sweet picture of him and partner Alyson Sandro with their newborn baby on Instagram. 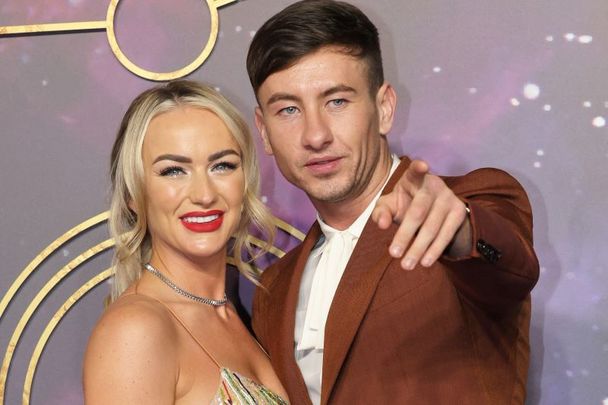 Irish actor Barry Keoghan has welcomed his first child, a son, with his partner Alyson Sandro, he confirmed on Instagram on August 8.

“Welcome to the pack my boy,” Keoghan wrote in the caption accompanying the sweet snap of him, Sandro, and their newborn, who they have apparently named Brando.

On Friday, ahead of the baby's arrival, Keoghan shared a picture of him and Sandro with the caption “almost here."

The following day, Keoghan teased the birth of his son in a snap, where he panned over to a gift and card from Gucci in the hospital, according to the Irish Mirror.

It showed a card from the luxury brand which read: "Dear Barry and Alyson, Wishing you both a huge congratulations on the birth of your newborn baby! From all your friends at Gucci xx"

Keoghan earlier teased that he and Sandro were expecting a child back in June. At the time, the “Batman” actor Instagrammed a story with a "First Father’s Day" card pictured, along with pictures of a sonogram.

“Honestly feel like crying,” Dublin-native Keoghan wrote at the time.

Earlier in March, however, he shared a picture of him and Sandro embracing at what looked to be a gender reveal party. While declining to confirm the pregnancy, Keoghan captioned the story: "I don't know why other people have their opinions. We are happy here."

Keoghan and Sandro reportedly began dating in 2021, and took their relationship public with a red carpet appearance in October.

Keoghan will turn 30 this October, the same month his newest flick "The Banshees of Inisherin," co-starring Irish A-listers Brendan Gleeson and Colin Farrell, arrives in theaters.