As the "Elvis" biopic takes the box office by storm, Austin Butler dishes on his close Irish friends and getting in the ring with "Masters of the Air" co-star Barry Keoghan. 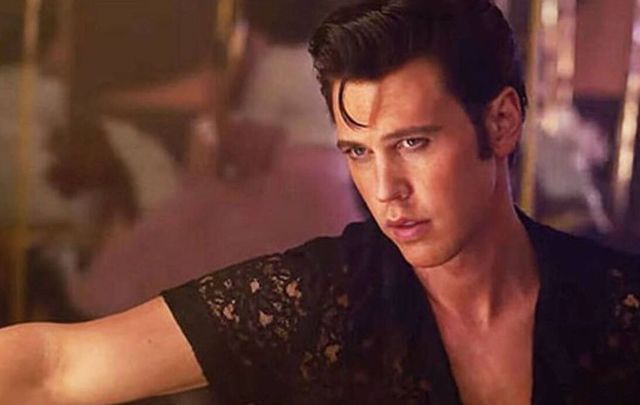 Austin Butler talked about his time spent in Ireland and his close Irish connections during the promo blitz for the new Baz Luhrmann flick "Elvis."

Butler has earned mostly great plaudits for his spot-on interpretation of Elvis Presley in the "Elvis" biopic which is doing great business in theaters, but swiveling his hips like The King is far from his only talent. The 30-year-old has thrown a few right hooks with Barry Keoghan, his co-star in the upcoming Apple TV+ miniseries "Masters of the Air."

Butler chatted with Joe.ie recently during his "Elvis" promo duties, and spoke fondly of Barry and another Irish "Masters" star, Fionn O’Shea, best known for his portrayal of Jamie in "Normal People."

“Yeah, we spent a lot of time together,” the American said of father-to-be Keoghan.

“We boxed together, we did a lot together. We boxed quite a bit actually. And he’s such a sweetheart. Yeah, I really enjoyed my time with him.”

Dubliner O’Shea, Butler revealed, bunked with him for a while in London while taking some meetings.

“He had a meeting and then another meeting. So I was like, ‘Come stay at my flat, I got another room,’” said Butler, who said he enjoys hanging with Irish folk.

“My agent’s Irish and he’s been my friend since I was 17 so I’ve got a lot of Irish people who are very close to me,” he added.

No word on when "Masters of the Air," a Steven Spielberg and Tom Hanks production, will air. The World War II drama, filmed in England, cost at least $200 million, reports say, for its 10 episodes.

In the meantime, check out Butler in the trailer for "Elvis."

LISTEN: The most touching Irish ballads

WATCH: Bill Murray reveals that he almost died in Ireland