WATCH: Exclusive clip of "The Banshees of Inisherin", streaming today

Enjoy this exclusive clip of actor Colin Farrell discussing the epic landscape of "The Banshees of Inisherin". 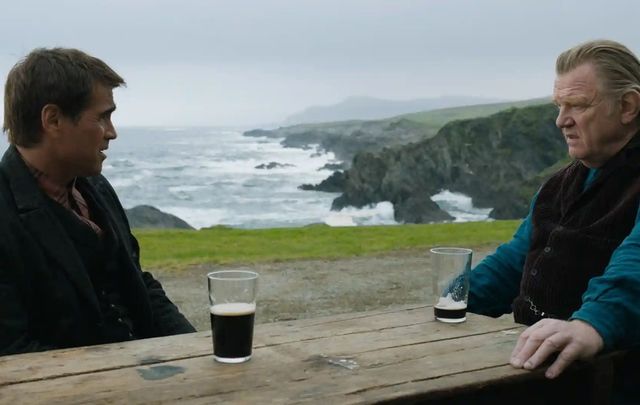 Colin Farrell and Brendan Gleeson in "The Banshees of Inisherin". Searchlight

“The Banshees of Inisherin,” starring Colin Farrell and Brendan Gleeson, frames Ireland in a glorious light. In this exclusive clip, Director Martin McDonagh and some of the cast speak about the beauty of the scenery in Ireland.

Farrell gives what critics agree is a career-best turn as the alternately comic and sad character Pádraic Súilleabháin, the onetime pal of traditional music composer Colm Doherty (Brendan Gleeson) who struggles to accept their long friendship has come to a – it has to be said – inexplicably pointless end.

“Banshees of Inisherin” comes out on digital release today, December 13, and it arrives on Blu-ray/DVD on December 20.

To celebrate, IrishCentral is offering the following exclusive clip exploring the beautiful filming locations in Ireland, including an interview with screenwriter Martin McDonagh about the west coast landscapes and why he chose them.

Inisherin, the setting of the film, is a fictional village portrayed using other Irish towns. "The Banshees of Inisherin" was filmed on location in Ireland on Inis Mór, off County Galway, and Achill Island, off County Mayo. The film shows the beauty of the Wild Atlantic Way and the west coast of Ireland in particular. Director Martin McDonagh said they wanted to make the most beautiful Irish film they could and with the amazing scenery shown in the film it shows.

Inis Mór, translated to ‘big island’ is the largest of the Aran islands off the west coast of Ireland. It is known for its beautiful coastal views and historical religious sites and monuments. This Island can be reached by ferry and is well worth the trip.