Animal stars of 'Game of Thrones' save Northern Ireland farm

The hit HBO series is helping farmers, breeders and even taxidermists stay in business. 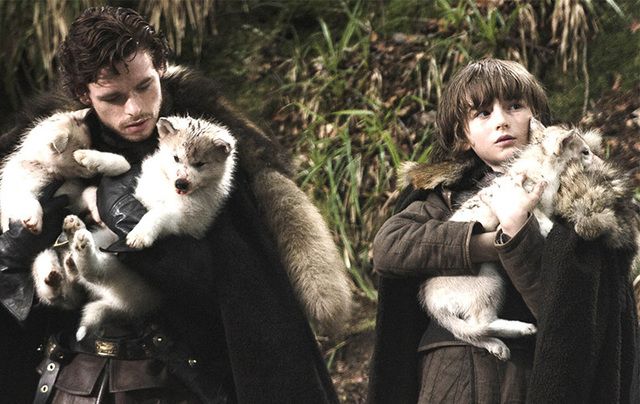 Kenny Gracey's farm supplies the livestock that is featured on the popular HBO series 'Game of Thrones.'

A farmer in Northern Ireland credits the HBO series 'Game of Thrones' with saving his livelihood. Kenny Gracey, from County Armagh, supplies a lot of the livestock that are featured in the show.

"It has been a great asset and a great savior for our farm,” said Gracey, who runs Forthill Farm.

"Any of the background animals, the chickens, the goats, the geese, the dogs for instance or the deer ... I'm supplying those.”

Gracey’s animals are not the only ones featured in the fantasy drama.

Odin and Thor, Northern Inuit dogs from County Down, made their debut on the show as six-week-old puppies, playing the role of Direwolves 'Summer' and 'Greywind.’

Said William Mulhall, of Direwolf Tours: "I got a phone call one day from the breeder, who had owned them, saying that some TV show wants to use my dogs in it.

"So I brought the dogs up to the breeder's house where the trainers from Game of Thrones were and they had pictures and then that was it, that's how it began."

‘Game of Thrones’ has also helped the business of Ingrid Houwers, a taxidermist from County Down.

Houwers helps dress the set with props and costumes produced from wild animals that died humanely.

She said: "It gives them an extra life and rather than go to a museum where, although they still get admired, these certainly have more of a movie star kind of a life, where it does get used and obviously admired.

"I have seen things that go to the exhibition as well so they get an extra boost to show people what they're used for and how they bring this fantasy world to life."