R.R. Martin reveals “Game of Thrones” Westeros is an upside down Ireland

Many of Ireland’s largest cities share a location with famous Westeros landmarks. 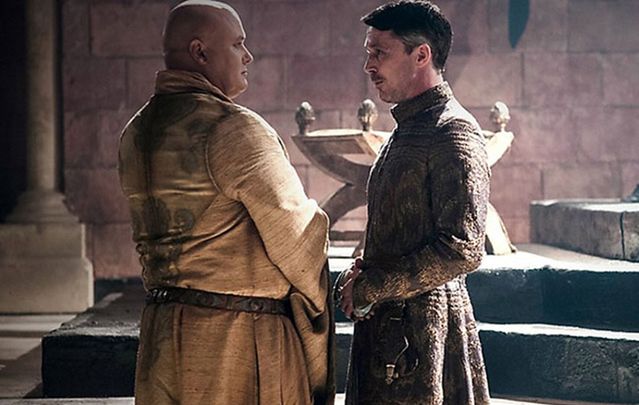 As well as boasting many of the filming locations for the hit HBO show Game of Thrones, Ireland, it appears, was also a source of inspiration for one of the original books’ largest continents, to be found just by turning the map upside down.

Back in 2014, Game of Thrones author George R.R. Martin revealed that the fictional continent of Westeros is in fact based on an inverted map of Britain and Ireland, with Co. Kerry playing a starring role in the new world in an exact (albeit upside down) reproduction.

Westeros (which can be seen in the opening credits above) is the home to a large proportion of the action in both the books and the TV series, with many of the main characters at least starting their plots here, although moving across the sea once their storylines progressed.

Believed to be the most westerly part of the known Game of Thrones world, Westeros, according to Martin, is around the same size as South America and consists of many separate kingdoms. Apart from the home of the White Walkers and the Wildlings north of The Wall guarded by the Night's Watch, all kingdoms in Westeros, as well as other offshore island clans, function under the same political entity, the “Seven Kingdoms” ruled from the Iron Throne in King's Landing.

The “Seven Kingdoms” previously referred to seven independent kingdoms that existed before the establishment of one political entity but could now be seen to refer to the seven major, powerful families (or those powerful in Chapter One/Episode One): the Starks, the Tullys, the Lannisters, the Martells, the Tyrells, the Baratheons, and the Arynns, the symbols of whom can be seen branded on the above map over the area that they historically controlled.

Perhaps inspired by the warring tribes and clans of ancient Ireland or the tales of the Fianna from Irish mythology, Martin outlined Westeros, this most important of battlegrounds in his epic series on the play for power in a historical fantasy world, by using our very own dear country.

Speaking at Comic Con two years ago, Martin revealed that not only was Co. Kerry perfectly redrawn, but the Fingers at the Vale of Arryn were, in fact, the Dingle Peninsula, and several other major Irish cities share their locations with famous Westeros landmarks: King’s Landing as Galway, Donegal Bay as the Sea of Dorne, Belfast as Old Town and Dublin as Casterly Rock.

As for the rest of Westeros, Great Britain can lay claim to playing some influence on its creation while the wildness of North of the Wall is all thanks to our Scottish brethren.

It has recently been confirmed that Game of Thrones the TV series will come to an end after season 8, just two seasons away.

Northern Ireland has held host to much of the Game of Thrones cast over the first six seasons, acting as one of the main filming locations for scenes set in Westeros, in particular. With thanks to the success of the show, many fans are now traveling to the Northern Irish sets to see the amazing locations for themselves, resulting in the Dark Hedges in Co. Antrim, used as the King’s Road in the show, becoming one of the most photographed tourist attractions in the world.

In addition to the tour of the show’s locations, this season saw the special addition of a “Doors of Thrones” tour. Last year, the Dark Hedges suffered from the brutal Irish weather and some of the iconic trees were knocked down by wind. Not wanting to let the wood go to waste, Tourism Ireland crafted the fallen trees into doors depicting the storyline of each episode of season 6 and a new door was revealed at a different location each week. You can find out more about the tour here.