Andy Cooney's new album, "Take Her in Your Arms", debuts this week less than a month after the return of his podcast "NY Irish Music Hour." ' 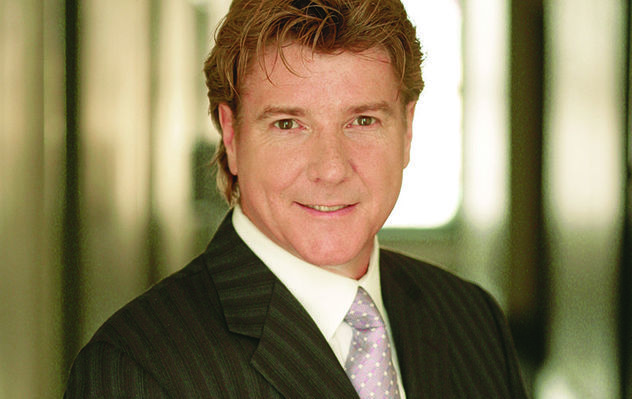 March Madness has begun for the popular Irish entertainer Andy Cooney, whose new album "Take Her In Your Arms" features 12 recordings produced by Jonathan Owens in the country and Irish genre. He has also just unveiled the second season of his podcast.

The album debuts on March 4, and Cooney began working on it in March 2020 at the start of the pandemic. During the last 20 months, he managed to release six singles to radio in Ireland, the U.S., and the U.K.

The first single release is a song Cooney wrote with Nashville songwriter and producer Jeffrey Teague called “Take Me Back to Dublin (Where I Fell in Love)” followed by a song Cooney and his son Ryan wrote and recorded together in Nashville, “We’re All in This Together.”

In November of 2020, Cooney covered the George Jones classic “Waltz of the Angels.” Still chipping away at the new album, in April of 2021, he recorded a fun tune about the matchmaker in Lisdoonvarna written by Johnny and Iggy Broderick called “Looking for Love in Lisdoon.”

In July 2021, Cooney recorded and released a song written by Mike Scott of the Waterboys, “In Search of a Rose,” which was the fourth most requested song on Carlow FM for 2021.

His latest single, “She Thinks I Still Care” a revived version of the George Jones classic, was released on February 15. The album was finally completed in January.

The title track, “Take Her In Your Arms” is an exciting recording written by the legendary Scottish singer and songwriter Andy M. Stewart.   The other tracks include some new songs including “Keep the Tradition Alive” by Irish American singer-songwriter Tommy Mulvihill about his experience growing up in the Bronx in an Irish neighborhood back in the 1960s.

Cooney also recorded a kicking country and Irish version of Chris Stapleton’s “Starting Over” and a beautiful song called “My Belfast Love” written by Finbar Magee.

Cooney’s brand of music has captured the hearts of Irish music lovers all over America for the last 35 years and now recently in Ireland. The CD is available in Ireland from SharpeMusic.com and local shops that sell CDs, and in America from AndyCooney.com. It will also be available for download from iTunes and streaming on Spotify, Apple Music, and most streaming platforms.

Elsewhere, Cooney’s New York Irish Music Hour podcast returned for its second season on February 19. He says of its surprise success, “Isn’t funny how going through a horrible experience like the Covid -19 pandemic that great things can come out of it?  That’s exactly what happened to me.

“With no gigs on the calendar and nothing to do but drive my wife bananas, out of the blue I decided to record a music radio program featuring my favorite Irish music.  I launched it on Buzzsprout.com in February 2021 as a podcast and put it out there.

“I could not believe the reaction I got. It prompted me to check out all the new Irish music out there and listen to all the new and fresh Irish artists. I was hooked. I ended up doing 25 episodes.

“As the gigs are starting to come back, I will do my best to continue the podcast and have a new show every 10 days.”

Cooney's podcast is available on Apple Podcast and all platforms except Spotify. You can email requests to NYIrishHour@gmail.com.