Why the Irish swear so much

Expletives are rarely spared when the Irish get going! 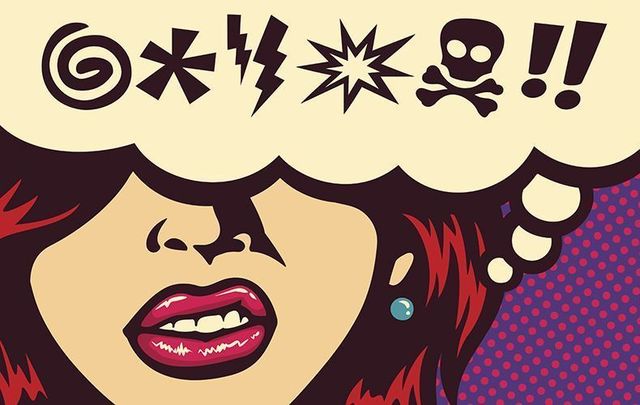 Yes, the Irish swear more than Americans. I hear this a lot from my American friends, who find it disconcerting that Irish in Ireland, especially those of an older generation, swear so much.

This is an 'Irish in Ireland' thing. Sometimes it seems they are swearing every second word ... because they actually are.

Here are the reasons why:

Being Irish means you use language like a flowing stream of consciousness, every word out of your mouth has to be bettered by the next word.

Hence a string of swear words come ripping off the tongue.

Excited would be a fecking understatement.

A long string of the f—word seems to get people’s attention, perhaps because they are burnt out from so much swearing themselves.

It helps relieve stress, too.

One guy is shocked, swears, and says “Jesus,” the next guy pipes in with “Jesus, Mary and Joseph” or “Holy Mary,” is trumped by “Holy Mary, mother of God,” and so on.

The power of the church held swear words and rough talk in check. Lessened church power means lots of swearing.

Feels nice to get it out, y’know?

Nothing an Irishman likes more than to be considered a rebel.

It disconcerts the snobs

Those speaking with an upper-class Irish accent will literally run away and call a policeman when you start swearing at them.

You came to the wrong neighborhood, bruv.

“How are ya ,ya f..er ya” or “Howya Bolix” are actually terms of endearment in Ireland.

You’re dumber than an oak, but I love you all the same.

Some Irish men swear it adds to that strong and dangerous man image when you let loose a string of expletives in a burst of verbal diarrhea.

Yeah, that's a sure-fire way to impress women. Once you leave they'll laugh at you.

Gets things off your chest

A good old fashioned outburst of bad language acts like a dose of Epsom salts in purging the system. You feel much better after it.

The Irish have an international reputation for being charming. Those unaccustomed to our expletive was will often stand back when we let it rip.

An idea for a children’s book: everybody swears.

Irish dogs and cats are well conditioned to understand the Irish swearing as in “Get outside ya bollix” after the toilet training fails. Some swearing pet owners swear the dogs and cats swear back at them occasionally.