Not surprisingly they mostly revolve around hell, beer and marriage but they are deadly nonetheless. 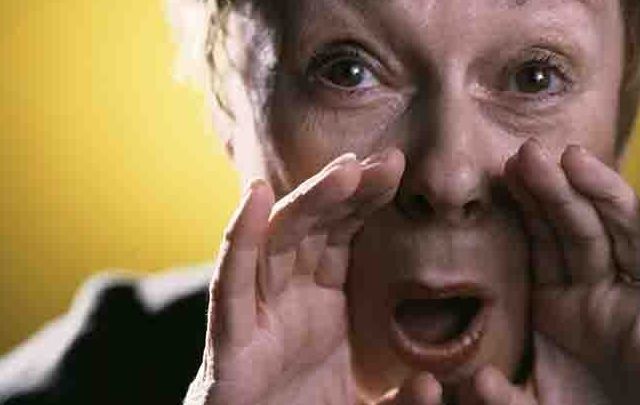 Not surprisingly they mostly revolve around hell, beer and marriage but they are deadly nonetheless. Getty Images

Which of these do you think is the best Irish curse?

As many Americans may have figured out, the Irish accent can sometimes be a difficult one to comprehend. Abbreviating (and bludgeoning) words coupled with an almost superhumanly rapid rate of speech has left a lot of heads spinning over the years.

This is why an Irish hex may be the most sinister hex of all. A curse is bad enough when you know what you’re dealing with but imagine not being able to understand the wicked sorcery that is about to come down upon your head. Here are the top ten Irish curses to look out for.

Not surprisingly they mostly revolve around hell, beer, and marriage but they are deadly nonetheless.

Here’s our pick of some top ancient Irish curses:

1. “May you all go to hell and not have a drop of porter to quench your eternal thirst”

For some Irish people, no porter is hell so the two are eternally linked!

2. “May the devil cut the head off you and make a day’s work of your neck”

There must be a recession in hell too if the devil can spend all day on one poor soul’s neck.

3. “May you die without a priest in a town with no clergy”

Again damning you to hell. I’m noticing a pattern here.

4. “May your obituary be written in weasel’s piss”

Nobody likes being around weasels. The Irish once again go one step further to leave your memory sake permanently dripping in the unlikeable critter’s urine.

5. “May the cat eat you and may the divil eat the cat”

The Irish sorcerers are thinking ahead again as they wish you to get eaten not once but twice. And after all that you still end up in hell.

6. “May you find the bees but not the honey”

Quite a poetic way to wish a lot of undeserved pain on somebody.

7. “May you be afflicted with the itch but have no nails to scratch with”

Again, this doesn’t sound too bad but we’ve all had an itchy nose during a haircut. Imagine living with that for the rest of your life!

8. “May you marry in haste and repent at leisure”

A lot of people have been afflicted by this curse already I think.

9. “May you get the runs on your wedding night”

Your wedding night is supposed to be the happiest night of your life. Nobody has ever had a good night with diarrhea.

10. “May you marry a wench that blows wind like a stone from a sling”

I think all red-blooded males would pick the first 9 curses over this one!

Have any great ones we've missed? Let us know in the comments section, below.