The traditional matchmaking games Irish girls would play at Halloween

As well as telling ghost stories, playing tricks and hiding from fairies, Irish girls used Halloween to find a husband! 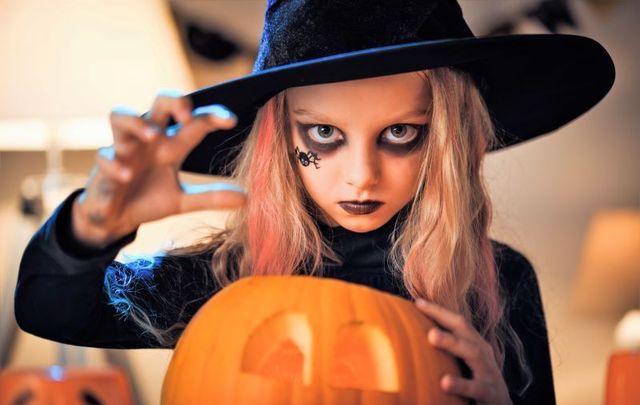 Halloween is normally thought of as a time of ghosts and ghouls, banshees and fairies, and the night when the dead were once again among the living.

For many Irish schoolchildren in times past, however, Halloween was also a time when the strengthened connection between the world and the occult could help them see into the future (or at least pretend to do so).

Irish folklore is ripe with different games, charms, and tricks so that a young Irish girl can use the power of Halloween night in order to find her husband. We’ve compiled some of our favorites below.

1. Groups of girls would put some lead in a tin box and put the box on small coals over the hearth to melt the lead. Taking an old key that had a big ring key holder, they would throw the box through the ring into a basin of cold water to cool down the lead again. It was said that “queer figures” would appear out of the lead and one girl would say to the other “that is the boy you are to marry.”

3. Every Halloween, a ring would be baked into a cake. Whoever came across the ring in their slice was said to be married in the next year.

4. A girl would stand at an open window with a spool of thread. She would throw the spool out the window keeping one end of the thread in her hand. Winding the thread back in the window, if any boy should pass by before she was done, he would be her future husband.

5. Another good way to apparently use the thread as a marriage prediction device was to head to the lime kiln after midnight on Halloween night and drop in a string of thread. It was believed that when you pulled out the thread again you would see the one you were going to marry.

6. Twenty-six small pieces of paper with the letters of the alphabet written on them would be dropped into a bucket of water and left overnight on Halloween. The morning after, the name of the person you would marry would be floating on the top of the water (so nobody with the same letter in their name more than once, apparently.)

7. If you placed a leaf under your pillow on Halloween night it was said that you would dream of the person you were set to marry.

8. Girls would peel the skin of a full apple and throw it over their heads. The way the peel would land on the floor would spell the initials of the one they were going to marry.

9. If a girl took the skin of a potato and hung it beside the fire on Halloween, the next man to walk through the door would be her husband. You’d want to hope it wasn’t your brother or your Dad!