Expert tips on how to sound like an Irish person for St. Patrick's Day 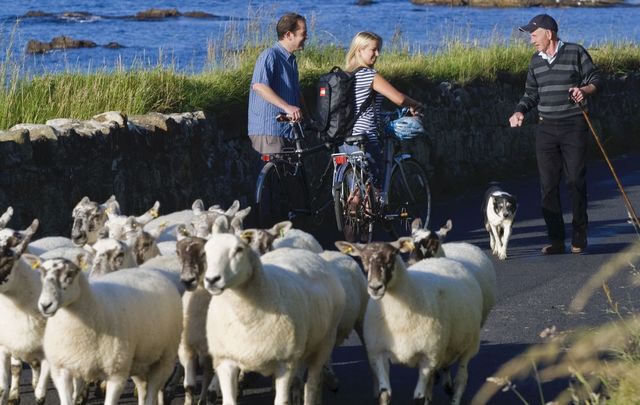 Talk like an Irish local: A local farmer on the Carrickmore Road, in Ballycastle, County Antrim, chats with some cyclists. Tourism Ireland

From the author of The Little Book of Irishisms, here are some top tricks to make your sentences sound more Irish for your next visit to Ireland.

As the author of The Little Book of Irishisms, Aimee Alexander, put if "God loves a trier." This extract from the book might just give you some tips and tricks on how to sound more Irish or it might help you understand Hiberno-English (how the Irish use the English language) a little bit better.

Alexander continues, in the book's introduction "You’ll learn handy tricks like putting the word “fierce” in front of any noun instantly Irishifies it e.g. “He’s a fierce eejit (eejit = idiot).”

"For maximum Irishness, add “altogether” and you’re away in a hack, so to speak. “He’s a fierce eejit, altogether.” See? Already some classics!" Sure you'll soon be speaking like a local.

• Turn a sentence into a question e.g. “Sure, where would you be?”

This particular one means: “Could you be anywhere better than this?”

• For emphasis, add “altogether” after a noun at the end of a sentence e.g. “Isn’t he a fierce eejit, altogether?”

• Repeat short sentences connecting them with “so” e.g. “I am so I am.” “I did so I did.” Emphasis is strong with us. 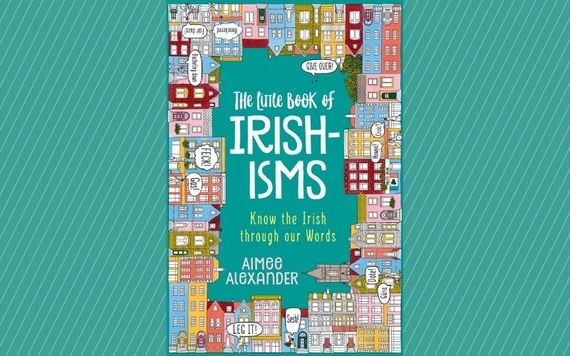 The Little Book of Irishisms: Know the Irish through our Words, by Aimee Alexander.

• Put “away” after an ongoing verb e.g. “I was chatting away with Mary.” We do this to emphasize that it was going on for a while.

• End a sentence with “boy” or “girl” if you’re trying to sound like you’re from Cork. You could also use “boyo” or less commonly “bucko” instead of “boy.” 2 7

* The Little Book of Irishisms: Know the Irish through our Words, by Aimee Alexander, is available on Amazon.