A guide to Ireland’s colorful expressions

With this guide to Irish expressions, you have a cheat sheet for talking like the Irish do! 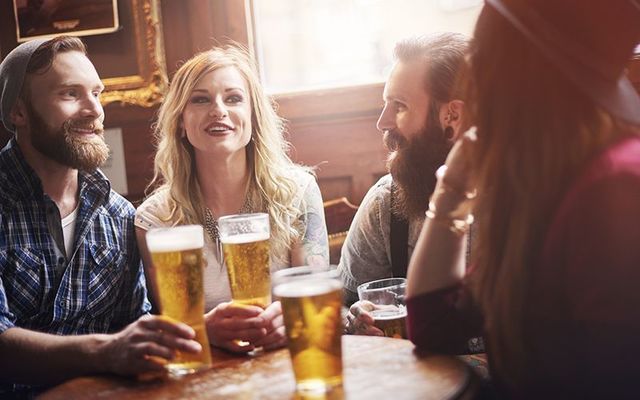 Want to speak like a real Irish person? Master the use of these phrases and sure you'll be grand. iStock

The Irish are famous for their sharp tongue and wit, a lot of which can be confusing for the average tourist!

We were inspired to put together this guide for expressions and terminology commonly used in Ireland.

"Arse" is an Irish/English term for, that's right, you've guessed it for "ass."  As well as being an anatomical description, arse is also used as a mild swear word, and as a point of exclamation. But in terms of causing offense, it's certainly not the most serious swear word around.

You can also use this expression in the sense of, "he's a real pain in the arse," or, "he is a total arse." (In this sense, it's interchangeable with "ass.")

One other important usage of this word is the expression "arseways," – which basically means, all messed up. For example, "Those directions you gave us were useless – you sent us arseways."

This is a very important Irish swear word that has multiple usages. (Another spelling is "bollix.") Literally, bollocks refers to testicles ("bollock" being the singular) – as in, "I kicked him in the bollocks and he started crying like a schoolgirl."

But "bollocks" is also used as a general swear word. In terms of severity, it's not as bad as the f-word but is best avoided in polite conversation. (Unless of course, it's really warranted – say, for example, if someone actually kicks you in the bollocks – then it would be acceptable.) It can also be used as a derogatory expression for a male – being broadly similar to "a**hole." For example, "My boss – he is such a complete bollocks." Or, "Would you ever shut up – you're only an ould bollocks."

This expression, especially popular with Dubliners,  literally means "one" and "old one." "Wan" usually refers to a woman and can also be used to point a girl out.

For example, "Did you see your wan in the red skirt in the pub last night?"

"Auld wan" refers to an elderly woman. For example, "Don't mind her – she's only an auld wan." (For the male version, Irish people would simply use "man" – for example: "Who was your man in the pub last night? He was an awful bollocks.")

The Irish expression for "come here," used quite frequently in conversation, is used to encourage the person you are speaking to elaborate more. For example, "So c'mere – what happened after you chatted up your wan?"

"Be God" (though no self-respecting Irish person says this in real life). This expression probably died out in Ireland by the 1950s.  It was used as an exclamation.

This is a very common Irish expression that loosely means fun. However, it is especially used in relation to Ireland's pub culture, and in association with music. As in, "My God, we had some craic in the pub last night!" (We had a great time in the pub last night.) Other associated expressions include, "So what's the craic?" ("What's up?") "The craic was mighty!" ("It was a lot of fun!") "She is some craic on a night out" ("She is good fun when she goes out.")

An idiot. "She's a right eejit altogether." (She is a complete idiot.) In terms of offensiveness, this is very mild.

This simply means "well done." As in, "fair play to you for getting the job."

Farting around can basically be translated as "goofing around."

"God, I didn't get a thing done at work all day today – I was farting around the whole time."

When an Irish person uses "do" as a noun, as in "a do," this refers to a party or a gathering.

"It was some do they put on last night, wasn't it?"

"Get up outta that"

Literally means, "Get up out of that" and translates as "No way!" or, "Get out of here."

A mildly offensive term for an idiot.

"How are you?" To which you might reply, "I'm in great form, thanks." Can also be used in the sense, "He was in awfully bad form last night." ("He was bad humored last night.")

They're only saying goodbye, they're not actually wishing you any sort of luck at all.