WATCH: This St. Patrick's Day flash mob is still one of our favorites!

More than 100 dancers took over the Central Station in Sydney, Australia for a St. Patrick's Day Irish dance flash mob in 2011! 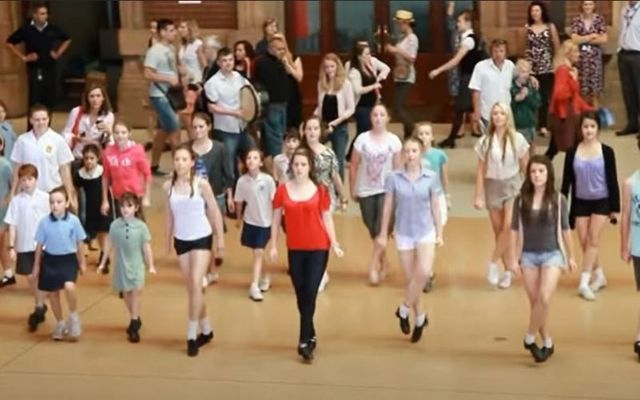 Witnessing an Irish dance show - whether it's this adorable toddler in Galway trying a few steps, or the professionals over at Riverdance taking over the big stage - is always a treat.

This St. Patrick's Day Irish dance flash mob, however, is one of our favorites!

More than 100 Irish dancers spread some St. Patrick's Day cheer at the Central Station in Sydney, Australia in March 2011. The fine footwork was coordinated by Tourism Ireland and Jason Oremus with Chris Naish and the Sneaky Steppers crew.

Shared on YouTube by Discover Ireland, this exciting flash mob video features some awesome Irish dancing from members of Riverdance as well as local school children.

The video opens with a scene of the bustling Australian train station as Irish dance music (the very fitting St. Patrick's Day traditional set!) begins to float through the air.

A lone Irish dancer begins his steps, but he is quickly joined by the rest of the Irish dancing squad.

Tune in here to watch the festive flash mob video:

To no one's surprise, the fun video has racked up more than 14 million views over the years!

The comments on the video prove that this Irish dance flash mob down under certainly brought a bit of joy over the years:

"Irish dancing looks SO difficult; it's always amazing to see people doing it without moving their arms! Bravo everyone, well done!!!"

"Makes me so proud to have Irish heritage."

"Amazing, even the little ones knowing the dance. Bravo!"

"Love it, it makes me wanna dance."

Ten years later, Irish dancing continues to make a splash around the world, especially on the social media platform TikTok where the Irish dance group Cairde has found a dedicated following.