Toddler joins in with Irish dancer on the streets of Galway 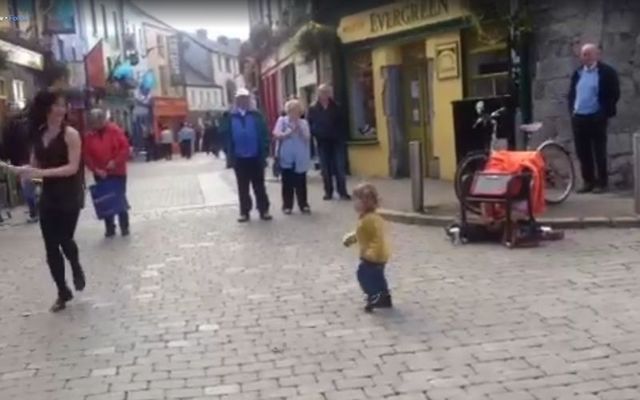 Irish dancing is no easy feat – requiring dexterity, grace, flexibility, and coordination – but the important thing is to give it your all like this little one.

Georgia, a two-year-old girl in Galway, did just that in a chance encounter with Irish dancer Emma O’Sullivan, who was entertaining the midday crowds on Galway’s Shop Street in September 2017.

A video posted by Galway Now magazine captured the sweet scene as Georgia, delighted by O’Sullivan’s dancing, toddled over to her and began mimicking her moves.

We think she has a promising future ahead of her! O’Sullivan does too: "We never expected her to be able to copy the dance so well and to be so brave to hop out in front of so many people," she told CNN.

The video quickly went viral, racking up 11.3 million views, and it’s not hard to see why.