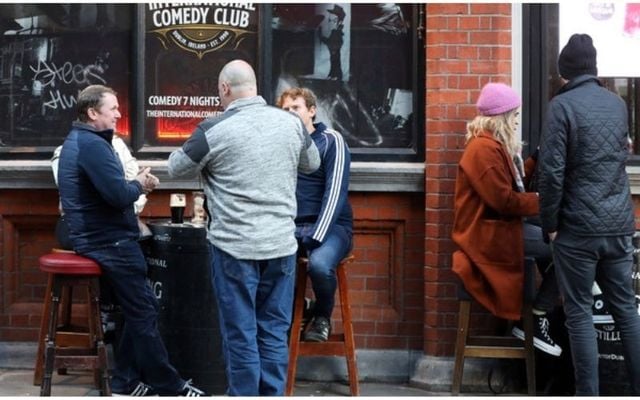 Pubs in Ireland were permitted to resume outdoor service, under some restrictions, from last Monday, June 7, a long-awaited step in the right direction for the country that's been under various lockdowns for more than a year.

After making his first trip back to the popular pub Grogans in Dublin, Co Meath man Darragh Curran decided to pen a poem in celebration of these establishments that have started trading business once more.

The video has caught people's attention and has been viewed more than 23k times.

Darragh's passion for a good pint of the black stuff has no bounds. Pre-pandemic he would travel around Ireland reviewing pubs and if their pints of Guinness held up to the standard, as well as hosting the OnlyCans podcast.

Bacon Fries by The Guinness Guru

A pint and a packet of Bacon Fries

makin' guys weak at the knees

Seekin' to seize the day that's in it

coz it's been a minute

And fifteen months for the pubs in the D.U.B.

Fifteen months on the P.U.P.

Of that first pint I'll be takin' drastic sups

Talkin' about the fantastic ups and downs of the last year

The mass fear we felt

And the shit hands we were dealt

To the lad who was eighteen when this all began

Deprived of the sessions that make you a man

Til those kegs are empty

So hit the local, be vocal, tell 'em you missed them

And when the bill comes make sure you tip them

And in the meanwhile they'll smile & put on a brave face

My mates in the pub all splittin' the G

Tears you'll be shedding not because he's heading up the aisle

But because you just saw his grandad smile

For the first time in a very long while

So get down to the pub and raise up a drink

This is what it's all about