This hero from the 1916 Easter Uprising still receives Valentines at his grave in Dublin's Glasnevin Cemetery nearly a century after his death. 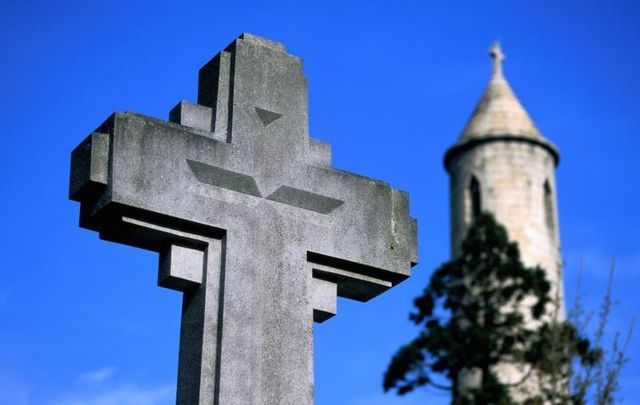 Michael Collins still receives Valentines to his grave in Glasnevin Cemetary almost a century after his death. Getty Images

Michael Collins, aka 'The Big Fella,' still receives Valentines at his grave in Glasnevin Cemetery in Dublin almost a century after his death.

Michael Collins is still feeling the love of the Irish people nearly a century after his death as The Big Fella, buried in Glasnevin Cemetery in Dublin, still receives gifts at his grave every year on Valentine's Day.

The late historian Shane Mac Thomais of Glasnevin Cemetery and Museum said the cards were noticed when the museum opened in 2010 but Collins may have been getting love notes well before that.

In 2014 he told IrishCentral, “They say things like, ‘My darling Mick, love’, lots of x’s, things like that. I would presume they’re from women, but you never know.”

Mac Thomais said he had no idea if the cards come from the same people every year, but he stresses cards sent through the post will not be placed on Collins’ grave.

“We just couldn’t do that – every week we have to clear his grave because of the sheer volume of cards and flowers. He gets Christmas wreaths too and notes throughout the year saying things like ‘You’re the best Irishman that ever lived.’ Collins has that status as a romantic leader and we find any time we do anything about him online interest is huge.”

Collins was only 31 years old when he was assassinated in an ambush at Beal na Blath, County Cork in 1922.

Having had his life cut short, the Irish rebel and politician was never given the chance to marry his one true love and fiancée, Kitty Kiernan. 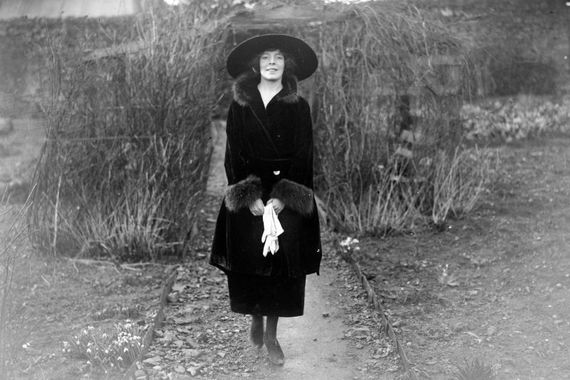 Collins' famous great-grandniece Irish actress, 'Ballykissangel' actress Dervla Kirwan, said she is astonished that Collins gets Valentine’s cards, but the Dublin woman is not surprised so many women find him attractive after all this time.

“He loved women; he knew how to talk to them and was clearly a very charismatic and sexual being,” said Kirwan.

“He was the closest thing we had to a movie star in Ireland at that time, but unlike celebrities today who are everywhere, Collins still to this day maintains his mystique.”

Kirwan said she always believed Collins had “kindness,” an attractive quality to a woman no matter what their age.

Another well-known descendant, former Irish politician Nora Owen, is in agreement with Kirwan that Collins would have done more to further women’s interests had he lived, and that could be another reason why he is still held in high regard today.

“He respected women,” said Owen. “His sisters were strong women, as were his aunts with whom he stayed in London when he joined the civil service. He saw the work of women as being just as valuable as men’s. Of course, he needed a network of women to give him information, but he didn’t see any difference between the sexes.”

Paddy Gleeson, a tour guide at Glasnevin Cemetery, said for him, Collins’ enduring appeal is obvious. “He’s our JFK as regards a romantic hero. There’s no other grave in Glasnevin Cemetery that gets anywhere near the attention as Michael Collins’ grave does.”

Owens also added that the fact that a new generation is enamored of Collins is no surprise. “Scratch the surface and we all have somebody whom we think is special and exciting and Michael Collins was exciting. Young people are learning about him in school, doing projects on him, I wouldn’t be surprised if he gets Valentine’s cards for many years to come.”

Kirwin still has great admiration for the Irish hero. “Sure, we’ll never know what happened between Collins and Kitty Kiernan. I’m sure he would never have pressed himself on women or used his power. But he certainly understood women.”

Have you ever visited the grave of Michael Collins at Glasnevin Cemetery? Let us know in the comments