“Joe Biden for the White House, Joe Blewitt for your house” 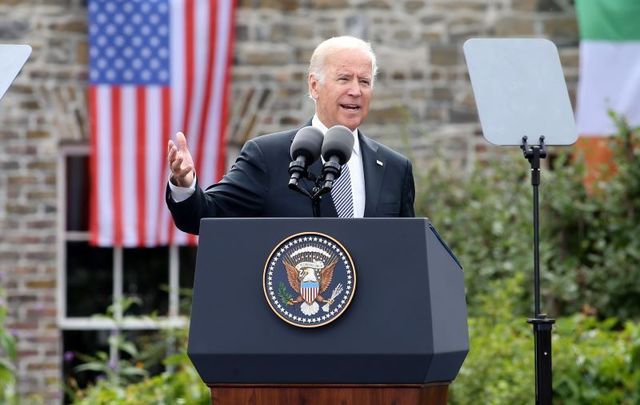 Irish man Joe Blewitt, whose father is third cousins with Democratic US presidential nominee Joe Biden, saw the opportunity for an original advertising gimmick for his plumbing business and took it.

Blewitt, who lives in Ballina, Co Mayo, shared a picture to his personal Twitter account on August 31 of his work van that reads: “Joe Biden for the White House and Joe Blewitt for your house.”

Blewitt’s original tweet gained just over 200 likes at the time of publication on Wednesday evening, but it went viral after Aileen Horkan shared it to her Twitter, amassing more than 1.4 thousand likes:

When your 3rd cousin is @JoeBiden! #Ballina is the ancestral home of Joe Biden's maternal relatives the #Blewitts! #JoeBiden #JoeBlewitt pic.twitter.com/uLCdXmG22d

After Blewitt’s tweet made the rounds online, he chatted with Ciara Kelly on Newstalk Morning and told her that Biden approved of the advertisement, saying “you guys rock.”

When asked how he would feel about Biden winning the election in November, Blewitt said simply: "It has to be a plus, hasn't it?”

Blewitt said he has met his famous Irish American cousin "three or four times,” including during Biden’s trip to Ireland in 2016, and that they maintain correspondence via email.

In 2017, when outgoing President Barack Obama surprised his Vice President Joe Biden with the Medal of Freedom, one of the highest civilian awards of the United States, Biden’s team made sure to invite Joe Blewitt and his sister Laurita for the ceremony.

Later that year, Biden returned to Ireland to attend the groundbreaking for the Mayo-Roscommon Hospice, where Laurita works. Laurita said earlier this year that Biden told her it was one of his top priorities to visit Ireland again if he wins in November.

"You could just sit in the room with him.”