Secret the Irish dancing dog went viral after St. Patrick's Day for showing off some steps with her owner Mary. 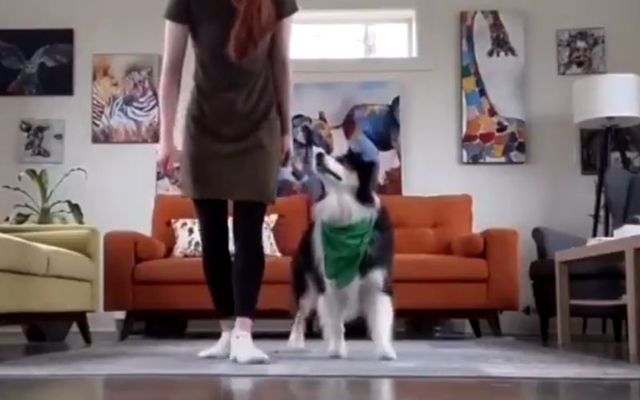 Her owner Mary posted the video on her Instagram account @my_aussie_gal in March 2021 and the video has generated almost one million views and over 128,000 likes.

"This dog is actually doing a traditional Irish dance with his hooman...," Chapman said on Twitter.

This dog is actually doing a traditional Irish dance with his hooman... pic.twitter.com/QhpRlF1LI2

Chapman's tweet caught the attention of Hollywood actor Ben Stiller, who was astonished by Secret's obedience.

"I’m lucky if I get a reluctant paw raise for a huge piece of turkey bacon," Stiller said.

"My dog doesn't even have the decency to look ashamed when I show him videos like this," one Twitter user said.

"My dog doesn't even come when I call her name," said another.

This is not the first time that Secret has taken the social media world by storm due to her Irish dancing skills.

The Australian Shepherd has been practicing and perfecting her footwork on the @my_aussie_gal account for years to the delight of the account's 435,000 followers.

Mary has been training Secret since the dog was just eight weeks old and the work is clearly paying off.