WATCH: This video of Ireland will give you serious wanderlust

929Media, a creative agency based in New York City, embarked on the adventure of a lifetime when they visited Ireland in 2019. 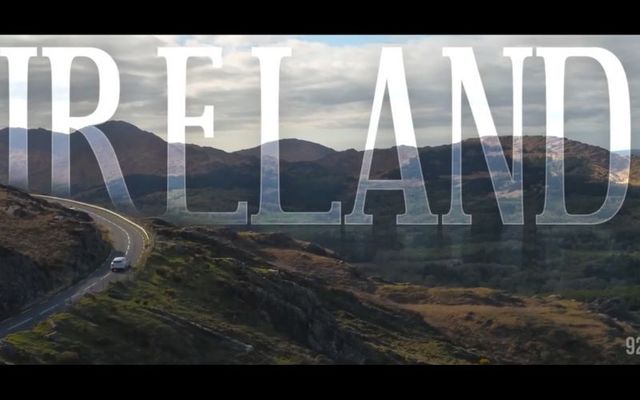 929Media, a creative agency based in New York City, embarked on the adventure of a lifetime when they visited Ireland in 2019.

Casey McGuire, head of 929Media, explained that like most great ideas, he and his friend Jim Cooney hatched the plan to visit Ireland after a few too many beers one night in Brooklyn.

McGuire says Cooney “stole my phone and credit card and booked the ticket to Dublin without telling me.”

“I found out the next morning when I checked my email that we were flying to Ireland in a few months.”

“We had always talked about going to meet our maker since we're both third generation," says McGuire, who had never been to Ireland before.

"Instead of making it a relaxed trip, the Irish guilt set in and we felt we couldn't simply enjoy ourselves without putting in some work. So I asked my film crew to come, too.”

Casey says he and his group spent eight days in Ireland traveling most of the way up the Irish coast filming landscapes, all while enjoying some classic Irish hospitality along the way.

Dingle in Co Kerry found a special place in the Irish American’s heart, and the group “reaffirmed our obsession with Van Morrisson” after the car radio broke and his CD was all they had.

The results of the surprise adventure are nothing short of spectacular. Check out their stunning video here:

From the friendly faces of the countryside to the breathtaking Cliffs of Moher. Here's eight days in Ireland 🇮🇪 #ireland #929media #tellyourstory

*H/T to Casey McGuire from 929Media for sharing his video with us. 929Media is a creative agency focused on video campaigns servicing the luxury real estate, hospitality, and travel marketplace. To learn more about 929Media, check them out online or on Facebook.