Van Morrison’s new album "The Prophet Speaks" will be released on December 7. The album will feature 14 tracks, including six new compositions. 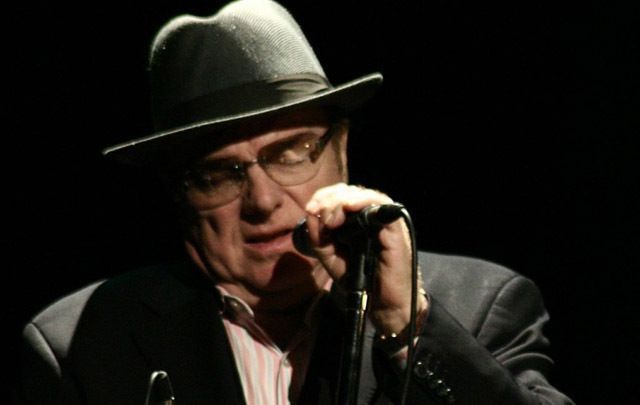 Van Morrison’s new album "The Prophet Speaks" will be released on December 7. The album will feature 14 tracks, including six new compositions.

Van Morrison says of the album: “It was important for me to get back to recording new music as well as doing some of the blues material that has inspired me from the beginning. Writing songs and making music is what I do, and working with great musicians makes it all the more enjoyable.”

In honor of his 40th studio album, here are some interesting facts about the Belfast musician.

1. George Ivan “Van” Morrison was born on August 31, 1945, in Belfast to a working-class Protestant family. He was the only child of George Morrison, a shipyard electrician, and Violet Stitt Morrison, who had once been a singer and tap dancer.

2. He started out as a teenager covering popular hits in clubs in Northern Ireland. His first hit came as a member of a band called "Them" when, in 1964, he wrote and recorded "Gloria," which was the B-side of the single "Baby, Please Don't Go."

3. By 1967, Morrison was a solo artist working for Bang Records executive Bert Berns when he released his hit “Brown-Eyed Girl,” which he said he was never paid for. Speaking to the LA Times in 2008 he said, “I call that 'The Money Song' – because they got all the money and I got none. What happened after that is I ended up with zero money. I was broke and depressed and remained that way for many years after that, and I just decided to make a stand for myself and do things my way, not theirs."

4. Morrison released "Moondance" in 1970. It was his first album to sell one million records.

5. Morrison fans are known as “Vanatics.”