Van Morrison rolls with the punches

This is a good time to be a Van Morrison fan. Belfast musician shows no time of slowing down in the studio. 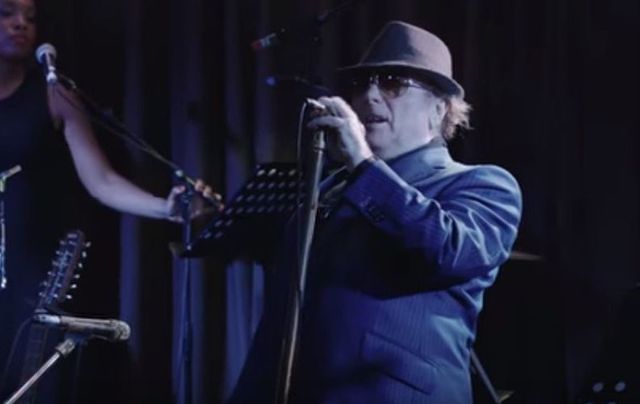 This is a good time to be a Van Morrison fan.

We barely had time to unpack the mystical brilliance of 2016’s Keep Me Singing (check out the lush “In Tiburon” for proof) when he drops Roll With the Punches, a joyous collection of originals and reinterpretations of blues and soul classics.

Recorded near Van the Man’s Bath, U.K. home at Peter Gabriel’s Real World Studios, Morrison kicks off the collection with the title track.  “One thing I’ve learned after all these years/you’re going to save your soul some tears/roll with the punches and go with the flow/that’s one thing I know,” he sings, a wise blues sage discouraging us from carrying around the baggage of our past around in the here and now.

Roll With the Punches includes five Morrison originals scattered among 10 covers by Bo Diddley (“Ride on Josephine”) Lightnin’ Hopkins (“Automobile Blues”),  Sam Cooke (“Bring it on Home to Me”) and Little Walter (“Mean Old World”). Van’s songs are so good that it is difficult to pick out the original songs in this lovingly curated collection of classics.

Georgie Fame and Chris Farlowe, frequent collaborators, are back in the band for this round.  Jeff Beck offers some slow-burn, smoky guitar riffs on four of the 15 tracks on Roll With the Punches. These Rock and Roll Hall of Famers engage in an easy, playful musical conversation that demands repeated listens.

The deceptive tempo throughout Roll With the Punches masks a dark and stormy confession of loneliness and loss that makes the blues even more relevant in these turbulent times.

While his contemporaries seem content with repackaging their back catalog in deluxe editions and launching globetrotting tours behind the release, Morrison shows no signs of slowing down in the studio. He has put out new discs for the last three years and just released a down-tempo read of Cole Porter’s “I Get a Kick Out of You,” ushering in a new pop and jazz covers collection, Versatile. Long live Van the Man!