Ireland has ten Bank Holidays throughout 2023 - here's a look at them! 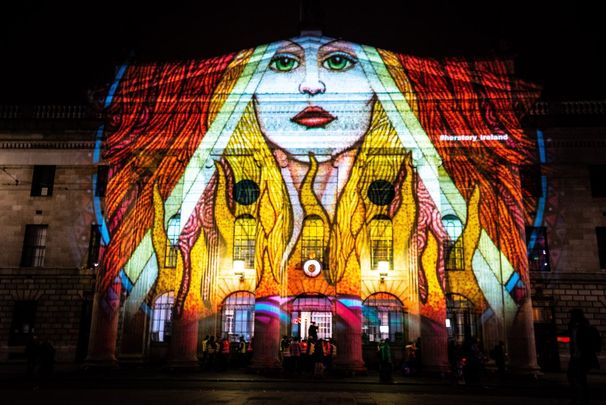 St. Brigid's Day is Ireland's newest Bank Holiday and will be celebrated for the first time this February. Herstory

What are Ireland's bank holidays for 2023?

Ireland has ten bank holidays this year, 2023, including the brand new addition of St. Brigid's Day, which is being observed this year on Monday, February 6.

IrishCentral took a look at all of the upcoming bank holidays that Irish people can look forward to this year!

With New Year's Day 2023 falling on a Sunday, this holiday was observed in Ireland on Monday, January 2, marking the first of several three-day weekends people in Ireland will be treated to this year.

A new bank holiday, the St. Brigid's Day bank holiday will take place on the first Monday after February 1.

2023 is the first year that the St. Brigid's Day bank holiday will take place after the Irish Government instead announced a Day of Remembrance and Recognition on the day after St. Patrick's Day last year.

Ireland's national holiday St. Patrick's Day falls on a Friday in 2023, giving people a long weekend to enjoy the festivities.

While most people have Good Friday off as well, it is not an official bank holiday, leaving Easter Monday as Ireland's next bank holiday.

The May Bank Holiday traditionally falls on the first Monday of May, which happens to be the first day of the month in 2023.

Likewise, the August Bank Holiday falls on the first Monday of the month and is one of the most popular weekends for getaways in Ireland.

On the other hand, the October Bank Holiday falls on the last Monday of the month and almost always takes place after the clocks go back an hour, signaling the start of darker and colder months ahead.

The only day when pubs close in Ireland, Christmas Day is the staple bank holiday that almost every shop and company follows. You will find stores and restaurants open on other bank holidays throughout the year but not on Christmas Day, except for a select few grocery stores.

The last bank holiday of the year, St. Stephen's Day is popular among late-night revelers and horse racing fans alike. The hugely popular Leopardstown Christmas Festival begins on December 26, while pubs and clubs across the country tend to be jam-packed.