How to make a leprechaun trap for St. Patrick's Day

According to Irish folklore, if you manage to capture a leprechaun on St. Patrick’s Day Eve, you’ll have an endless supply of money for the rest of your life! 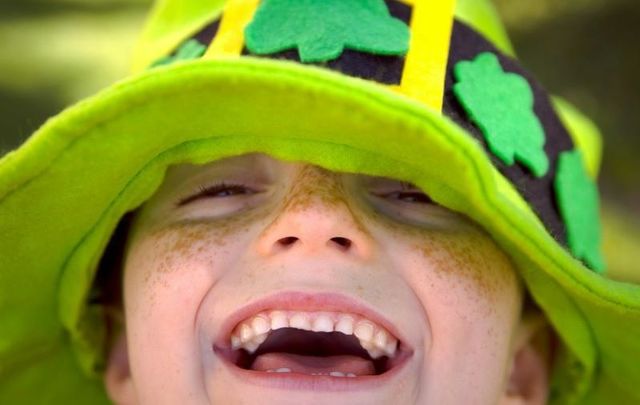 The kids will love this leprechaun trap craft Getty

It's March 16, which means it's time to test out your leprechaun traps for St. Patrick's Day!

St. Patrick's Day shenanigans will be at an all-time high when you help your kids trap a leprechaun!

The idea behind leprechaun traps comes from Irish folklore that claims that if you manage to capture a leprechaun on St. Patrick’s Eve, you’ll be made very rich and have an endless supply of money for the rest of your life.

This legend of the leprechaun was made famous by Walt Disney’s 1959 “Darby O’Gill and the Little People” which tells the tale of one wily old Irishman’s battle of wits with the king of the leprechauns himself.

Eager to get their hands on a few coins from this pesky Irish character, children all over the US have begun to craft their very own leprechaun traps for St. Patrick's Day.

We’re amazed at the hundreds of wonderful ways kids have created their perfect leprechaun-catching trap with plenty of glitter, rainbows, green paint, and shamrocks, but also some crafty engineering to take the little pests by surprise.

Here is my elaborate #leprechauntrap. He got away this year! Happy #stpatricksday!

While some are offering up free gold or plenty of candy, others are falling back on Lucky Charms cereal to entice the Irish legend.

This isn’t the first year that kids have taken it upon themselves to get a bit of easy cash, and the tradition has been growing steadily from year to year.

As far as we know, nobody has yet managed to capture one of the rogue beings, but the leprechauns have left their fair share of pranks for their wannabe jailors before making their final escape.

Looks like my son had a visit from a leprechaun. #happy #St.Patricksday #fourleafclover #leprechauntrap #leprechaun #gold #pee

As we know, many of the best  St. Patrick’s Day traditions are those that have come from the US, especially the idea of having a parade (green beer is most definitely not included in this list of great things) and we think that Ireland would love to take on this new trend to make it into one of our own new traditions.

We’ve lined up some of our favorite traps below but if you’ve previously made a leprechaun trap, let us know about it in the comments section.

I guess this is an example of thinking outside the box! The teacher said they have never had anything that looked like this, could be a compliment or subtle burn:) either way we had fun! Here is the #leprechauntrap my son Sebastian and I made for his school. Within the dome is a gold coin hanging down, once the leprechaun grabs it, the dome collapses and triggers the car to take him down the ramp and into leprechaun jail:) #saintpatricksday #leprechaun #fatherson #familytime❤️

Have you ever made your own leprechaun trap for St. Patrick's Day? Let us know in the comments!

Expert tips on how to sound like an Irish person for St. Patrick's Day