WATCH: Epic storm filmed from ship off the coast of Ireland

Footage taken from aboard a ship off the southern coast of Ireland in February 2014 captures an epic storm that included 100 MPH winds and 55-foot waves. 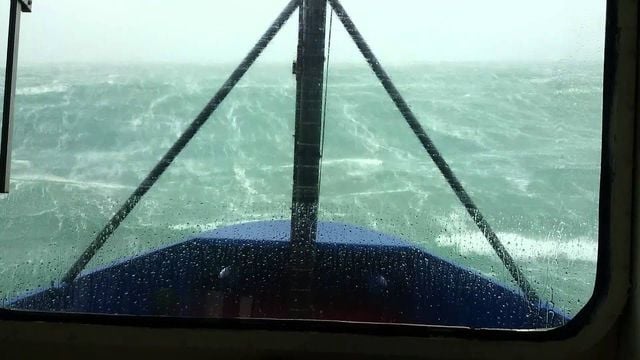 This viral video of the sea during an awful storm in Ireland is not for the faint of heart or those who suffer from sea sickness for sure.

Look away if you get seasick!

This is an extraordinary film of the epic storm in 2014 off the coast of Ireland, taken from the captain’s deck of a ship out at sea in the dramatic waves.

The video, captured off the south-east coast of Ireland during one of the worst winter storms in memory, has gone viral on YouTube with over 1 million views.

In the footage, the ship can be seen plunging up and down as it gets battered by 100-mile-an-hour winds and 55-foot-high waves.

“The biggest lumps of sea you see are around 15-17 meters," captain Stev Golden wrote on his Reddit account.

Watch and keep an eye on your sick bag!