A Least Bittern, a small American bird of the heron family, was found in Co Kerry after being swept across the Atlantic by Storm Lorenzo. 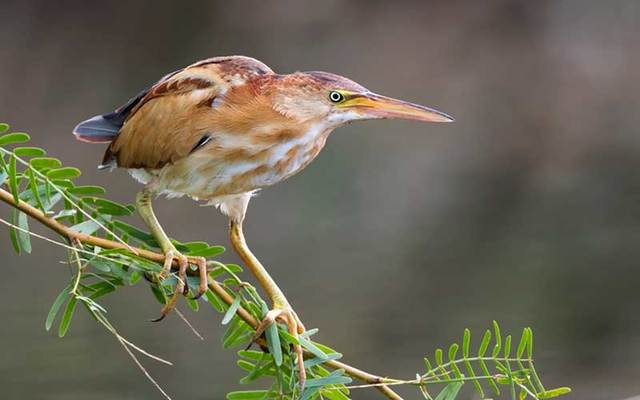 A Least Bittern was found in Ireland, having been blown across the Atlantic by Storm Lorenzo. (Stock Photo) Getty Images

A Least Bittern, a small American bird of the heron family, was found in Co Kerry after being swept across the Atlantic by Storm Lorenzo.

Sadly, the bird died of exhaustion shortly after arriving in Ireland.

The bird was found in a Tralee garden belonging to John O’Donoghue. His neighbor, Anthony O’Connor, sent a photograph to Birdwatch Ireland in an effort to identify the bird, The Irish Times reports.

Read More: An Irish pigeon played a vital role in the D-Day landings

Several American-based birds have been swept across the ocean to Irish shores, including a Baltimore Oriole, a Black and White Warbler, a Common Nighthawk and several Red-Eyed Vireos, but none have been as rare as the Bittern. This is only the 10th time someone has discovered the bird in Ireland.

“They really struck gold with this,” said Burke.

The Least Bittern is a “holy grail” for serious birdwatchers who travel to western Irish islands yearly hoping to spot rerouted American species.

Speaking of the Bittern, he said: “It would have flown over on its own. The journey was way too long for it.

“When birds migrate, they burn off fat reserves. It would have run out so it would have then burned off muscle. It was never going to recover.”

Read More: Where are the best birdwatching locations in Ireland

The bird has been stored in a freezer until it can be collected by the Natural History Museum. The specimen has no monetary value, but it is of significant scientific merit and will be available to international researchers, according to The Irish Times.

“There are lifelong birdwatchers who will never find a bird as rare in Ireland,” said Burke.