About damn time! Irish dance lads Cairde get a huge shoutout from Lizzo

Cairde and their phenomenal Irish dance skills landed a spot on Lizzo's Instagram this week for their dance to "About Damn Time." 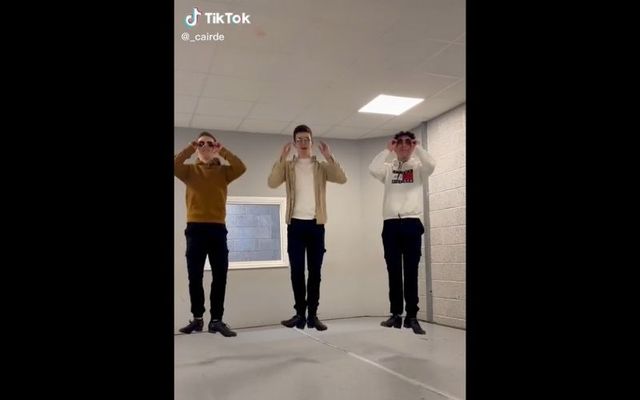 Cairde is known for putting together original Irish dance choreographies to popular music, and their talents are boosting them to new levels of fame.

The lads recently challenged themselves to create a routine to singer-songwriter Lizzo's newest hit "About Damn Time," which has spawned a viral dance trend.

Cairde put their own spin on the latest trend and shared their performance on TikTok four days ago with the caption "The new @lizzobeeating song is an absolute vibe." Their video has already racked up some 2.1 million views.

Among the viewers was none other than Lizzo herself. The pop star featured Cairde's TikTok video over on her personal Instagram page, which boasts 12.3 million followers.

“When you’re just scrolling on insta and see that Lizzo posted you…😳” Cairde commented on Lizzo's Instagram post, which has so far been liked more than 972k times.

"It’s an unreal song and it’s trending on TikTok at the moment, so we had to make a dance to it."

He added: "It’s nice to continue getting recognition from an artist of her calibre showing appreciation to her fans and hose inspired to create something from her music."

Cairde has gone on to appear on The Late Late Show in Ireland, Good Morning America in the US, and ITV's This Morning in the UK. This past St. Patrick's Day, they showed off their moves for President Joe Biden at the White House.

@_cairde We were completely honoured to perform at the White House St. Patrick’s Day celebration at the invitation of President Biden ☘️🇺🇸#cairde ♬ original sound - Cairde