The Irish Mammy is a force to be reckoned with - and she knows it. 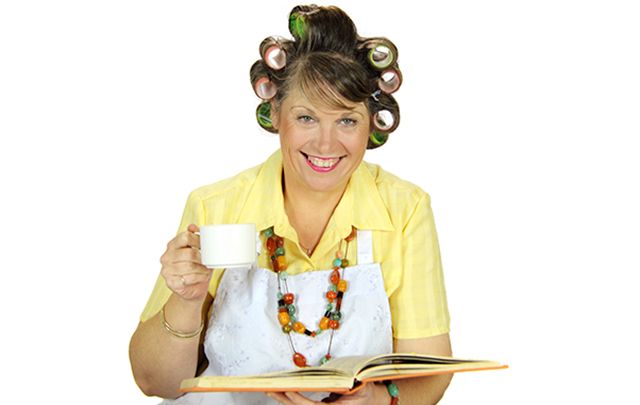 The Irish Mammy is a force to be reckoned with - and she knows it. iStockphoto

I’ve met enough of Ireland’s mothers - of friends and boyfriends - to know that The Irish Mammy is a force to be reckoned with. And she knows it. The strong yet caring Irish Mammy means very well - almost too well. She loves to dote, she loves her son, and she loves herself a strong cup of tea. But don’t expect to win any debates with her, because the Irish Mammy always has the last word.

Here are some of an American in Dublin’s first impressions of this maternal Irish phenomenon. It can either give you insight that’ll help you navigate a relationship with a future Irish Mammy in your life, or perhaps remind you of someone you already know and love.

Go on, have a cuppa.

For the love of god, don’t ever deny an Irish Mammy the pleasure of fixing you a cup of tea. You can say no as much as you like, but you’ll likely end up with a piping hot, milky cup of Barry’s in front of you in minutes anyway, so maybe try and save your breath. She loves her tea time. Sitting together for tea isn’t just about the caffeine, of course - It’s about spending relaxing quality time together, gabbing about this, that, and the other.

Now it's only in case you need it.

Fair warning to any ladies out there looking for her Irish Romeo: you will never come between an Irish Mammy and her son, and as mad as he may tell you his Mam is, he will always care what she thinks of you. Irish mothers are on par with America’s “Jewish mothers” - perhaps even a level beyond. The doting Irish Mammy has nothing but love for her precious son, and will in many cases look after him in his adulthood as she did when he was a kid. She might pack him dinners, take his laundry, or ring to make sure his house is warm enough. But here’s the tricky part: she will give out (complain) about her son all day long to you, but if you dare agree with her, she’ll be quick to take his defense. Worse yet, if you wrong your Romeo or the relationship goes sour, she’ll forget you were ever born.

When your cuppa tea starts to feel half full instead of half empty.

Irish Mammies always know the right thing to say. You may enter her house feeling like your life is in shambles, but after a few cups of tea and a good, frank talking to, you’ll leave feeling light as a feather, knowing that everything will be okay. They have a way of telling you that you’ll be grand that makes you actually believe it, and their honesty is a gift. While they may love to give out or gossip, Irish Mammies are optimists. They believe there’s nothing a bit of faith can’t fix, and that whatever is meant to be shall be. Chin up!

Give an Irish Mammy her 9 o’clock news or her favorite chat show with a few biscuits (and tea), and she’s happy out. Expect her to talk through most of it as well: you’ll be highly entertained by her hilarious running commentary about what’s on the telly, and realize that she deserves a chat show of her own.

At least have one!

Eat up! Under an Irish Mammy’s roof, you will never come close to being hungry or cold. She will always insist that you take seconds and thirds of dinner, and you will. You’ll eat until you can’t anymore. The same goes for getting the shivers: if you so much as have one visible goosebump, the Irish Mammy will dress you in the thickest socks and sweaters she can find in the house. Sure, she’d take the sweater off of her own back if she could. Irish Mammies love to dote, and they dote the best. Beware: the Irish Mammy’s strict side might actually come out if you try to be too polite, or if you try not to be a bother. Just let her dote on you!

Irish Mammies love their gossip, so make sure to come armed with a few funny or unbelievable stories about whomever. While she loves to learn and share tidbits about the people in her neighborhood or estate and their shocking little stories, she doesn’t even have to know who you’re talking about. While the Irish Mammy loves to talk, she also loves to listen, and she finds a thrill in saying, “Oh! She didn’t!” So gab and gossip away.

Are there any other classic Irish mammy traits we missed? Let us know in the comment section.