Filmed in Co Down, "The Coming of the Black Dawn" from the Irish Film Institute will send shivers up your spine this spooky season! 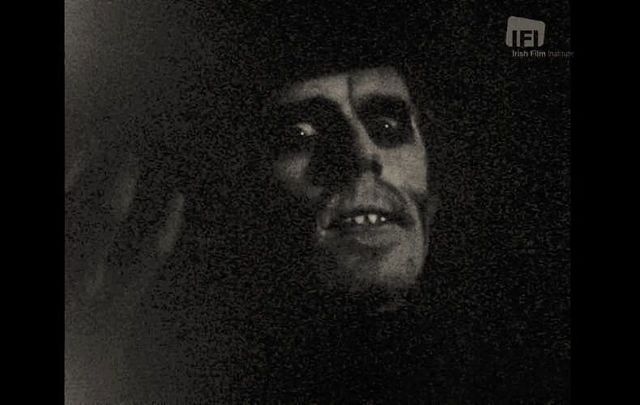 "The Coming of the Black Dawn" will get you in the Halloween spirit. Irish Film Institute

“The Coming of the Black Dawn” is now available to stream for free on the Irish Film Institute’s IFI Archive Player.

In this short Irish film, a young man travels to his uncle’s lonely castle to give him a rare tractate. His uncle enlists his help in summoning up the ancient demon Cthulu, using secret rites of Black Magic that involve grave-robbing and murder.

As the demon is summoned, the young man fears the worst and is forced to make a life-changing decision.

Shooting locations like Helen’s Tower and Tulynakill graveyard, both in Co Down, along with a shrill atmospheric soundtrack makes for a haunting experience.

"The Coming of the Black Dawn" is a part of the IFI's Roy Spence Collection.

Roy Spence is an award-winning amateur filmmaker. For the past 50 years, Spence has been making and screening a series of remarkable and sometimes eccentric films in his cinema in Comber, Co. Down. The films span many genres from sci-fi, horror to folk-life documentaries shot between 1965 and 1986.

Born in County Down in 1944, Roy Spence and his twin brother, Noel, became fans of the American science-fiction B-movies of the 1950s and of the work of directors such as Ed Wood, Jack Arnold, William Castle, and Roger Corman. The pair spent their youth at their local cinemas, in particular the Tudor Cinema in Bangor, and thus began their filmmaking journey with Roy as director and special effects creator, and Noel acting as distributor.

As Northern Ireland descended into the Troubles of the 1970s, Spence built his house and private film studio, surrounded by his collection of antique Wurlitzer jukeboxes. His work was distributed mainly via small film clubs and regional and national film circuits, and it often appeared in Movie Maker – a popular magazine dedicated to small and medium gauge filmmaking. While Spence has never had his work theatrically released, the two brothers opened two cinemas, the Tudor and the Excelsior in Comber each becoming destinations for cinephiles across the world.

Over the past decade, there has been a renewed appreciation of his work and his films are considered to be of national significance. Through a joint initiative set by the British Film Institute, Northern Ireland Screen, and the Irish Film Institute, a curated selection of 22 films from this collection is now available on the IFI Archive Player. His entire filmography is now preserved at the IFI Irish Film Archive in Dublin.

'The Coming of the Black Dawn' is published here with thanks to the Irish Film Institute (IFI), who IrishCentral have partnered up with throughout 2021 to bring you a taste of what their remarkable collection entails. You can find all IrishCentral articles and videos from the IFI here.