"The End of the Counter" from the Irish Film Institute looks at the modernization of Ireland's markets. 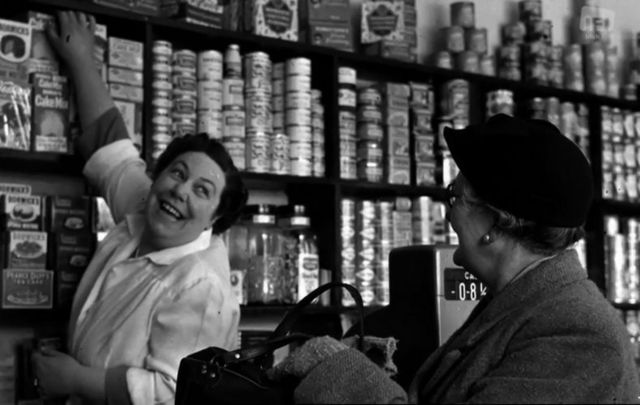 “The End of the Counter” is now streaming on the Irish Film Institute’s IFI Archive Player.

This 2012 short Irish film directed by Laura McGann is a humorous investigation into the supermarket revolution of the 1960s that saw counter-service replaced by self-service market chains in Ireland.

Supermarkets are a topic close to director Laura McGann’s heart – her grandfather, Mattie Melia, introduced and established one of the first supermarkets in rural Ireland. When franchises began to swallow up small corner shops in England, Irish shopkeepers saw that they had two options: let their business die or modernise completely.

Illustrated by amateur film that Mr. Melia shot himself, the film documents the opening of shops in Moate, Naas, Monasterevin, Kilcock, and Athy, and shows  how customers needed to be trained to shop for themselves and how to steer a trolley. Although businesses were saved, there was a regrettable reduction in social interaction.

This film is part of F-Rated: Short Films by Irish Women. To view more from the collection click here.

F-Rated: Short Films by Irish Women presents a varied series of stories told through the prism of the female gaze. The films are drawn from collections preserved in the IFI Irish Film Archive. The F-rating, which tags films written or directed by women, is used by exhibitors such as the IFI to promote films that fairly represent women on screen and behind the camera.

This collection brings together 36 films made by Irish women over four decades. Many of the films are written by women; all are directed by women. It includes drama and documentary; live action and animation; films made with generous support and films made on a shoestring; films in Irish and films in English (one in Polish, one in Ukranian); independent films that were seen by few, and films that garnered global attention, Academy Awards and BAFTAs.

The short form has traditionally proved more accessible for women filmmakers, and so, despite their underrepresentation in the catalogue of mainstream feature film, women’s stories have been told over the past 40 years. Many of the stories presented here subvert mainstream male-dominated narratives and present alternative perspectives that are fresh and reflective of the lived experience of women in Irish society.

The Irish Film Institute invites you to explore this powerful collection, which shows the evolution of Irish filmmaking and indeed of Irish society itself, as interpreted by Irish women filmmakers over the past four decades.

Programme notes for F-Rated: Short Films by Irish Women have been prepared with the assistance of UCD interns Rachel Cahill and Rebekah Ryan.

'The End of the Counter' is published here with thanks to the Irish Film Institute (IFI), who IrishCentral have partnered up with throughout 2021 to bring you a taste of what their remarkable collection entails. You can find all IrishCentral articles and videos from the IFI here.