Celtic Cross, "the soundtrack to the Irish American experience," dishes with Mike Farragher in the latest episode of "TAYSHT." 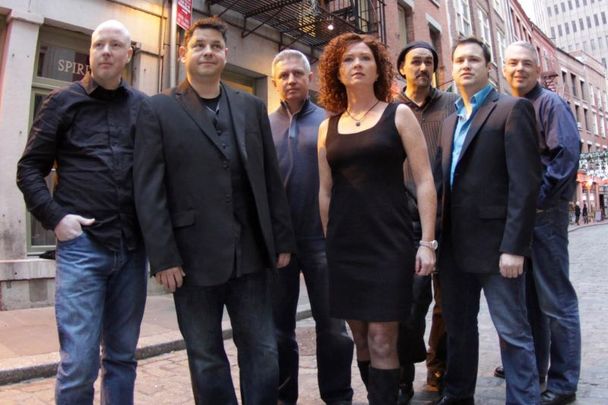 Celtic Cross dishes with Mike Farragher in the latest episode of TAYSHT.

Celtic Cross hasn’t just been an outfit that has rocked the highways and waterways in and around Manhattan for more than 25 years, which in and of itself is no small feat. They’ve been the house band and soundtrack to the experience of being an Irish American in these parts.

“Those Were The Days” from their classic “Shores of America” is the Irish American equivalent of Billy Joel’s “We Didn’t Start the Fire,” as lead singer Kathleen Fee fires off “memories big and small” that range from step dancing classes to summer nights in East Durham, the epicenter of the Irish Catskills.

These are memories so many of us can relate to, which is why the band is a staple of Irish festivals year after year.

This seven-piece band is fronted by Fee, her brothers John (an All Ireland accordion player), and Kenny (Al Ireland fiddle) Vesey. They are joined by a group of accomplished and skilled NYC players - Wally Ensor on guitar, Pat Dineen on bass/keys, Frankie McCormick on mandolin/banjo, and Ryan Cavan on drums.

Their fans have been waiting ages for new music (their last disc was “Saoirse’s Heart” in 2014) and in the newest TAYSHT podcast interview with Kathleen, John, and Kenny, they reveal that they are working on new music.

“We’ve got nothing to prove to anyone but ourselves,” John says. “We are taking our time with this one; we are hoping to have something by the end of the year."

The Vesey lads are enthused by the traditional tunes they’re crafting and they treated this writer to a new song, “Danny Boy,” a sunny SoCal love song that sounds fantastic!

The siblings dish about what competition in the All Ireland competitions meant to their family and, through fits of giggles, recall humorous stories about growing up as the first family of Irish American music (my words, not theirs).

Check out the latest TAYSHT podcast, featuring Celtic Cross, here and over on Spotify:

For more information on Celtic Cross or to keep abreast of their summer schedule, check out the band's website here.