LISTEN: Life lessons from my beloved uncle, an Irish farmer

TAYSHT podcaster and columnist Mike Farragher shares the life lessons he learned from a remarkable man, his beloved Uncle Paddy, who passed away this week in Ballyglunin, Co Galway. 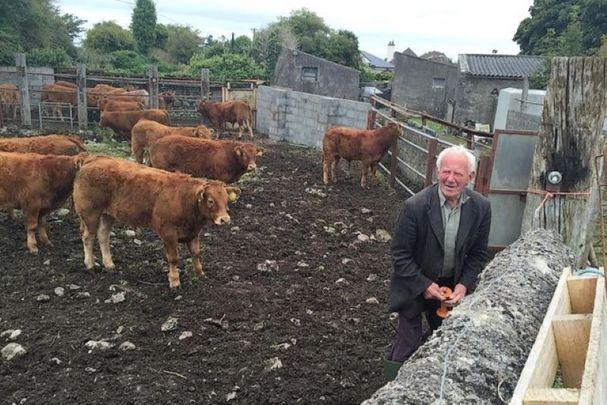 “Whenever an elder dies, a library burns to the ground.”

These words from Malian writer and historian Amadou Hampâté Bâ have created a milestone of reflection as the Farragher family attempts this week to imagine the road ahead without our dear brother and uncle, Paddy Farragher, who died peacefully in Ballyglunin this week at 92.

“Sure, wouldn’t I look that mighty for that long if I hadn’t a wife and sons to age me?” my father deadpanned when asked how his older bachelor of a brother kept so well preserved; it was said again this morning as we rode the waves of grief that moistened the eyes with laughter and sadness simultaneously.

A library might be lost, but the lessons in the volumes he provided will never be forgotten. Here are a few:

Life looks magical through the eyes of a child

Though he had no kids of his own, he dwelled in the laughter of many generations of tickled toddlers who tore through his fields in pursuit of lambs and calves. To his nieces and nephews visiting from Jersey City, verdant pastures of this working farm were transformed into Ireland’s largest petting zoo. The reason so many children gravitated to him over the decades is because he allowed himself to get swept up in the wonder of watching them feed a lamb with a bottle for the first time or ride the old horse Tom around the field. Grasping a fist full of his coarse hair with one hand while kicking the sides of the saddle with another probably wasn’t a fun day out for poor old Tom, but Paddy didn’t want this moment to end any more than we did (even as his mother stared disapprovingly in the doorway while the dinner grew colder inside, with a “God blast yeh” thrown in for emphasis).

The smartest men stay present in the moment

He didn’t need a fancy vet degree to diagnose a sick animal. He would gaze into the expanse of their brown eyes, capture a wayward wiggle, and get to the cure before the poor pedigreed doctor could even unzip his medicine bag.

Good luck trying to put meat on Paddy’s plate that wasn’t raised on his farm. He knew exactly where and what his animals ate, and it formed a discerning palate that confounded the most trained butcher.

Keep a long story short. Paddy kept his talk small and never drew attention to himself. His hearing was allegedly failing in his last few years, but we all know he could still hear the hiss of the brakes through two closed doors when the bus pulled out front to take him to the bingo. He was the most generous listener, yet his hearing for your story would rapidly deteriorate the closer the bus came to the house.

Paddy’s passing hurts. We feel it deeply. The family is devastated by his passing, so please don’t try the “yeah, but he was 92” line around us. We are heartbroken because we wanted another chapter from him and so we’ll carry on by celebrating the library of love he leaves behind for us to savor into our own golden years.

Love is a Game of Bingo

I heard a story on a trip to Galway a few years ago about a woman who Paddy had his eye on for many years and I was told the feeling was mutual; neither of them ever married. This sadness was fertile ground for a wee piece of fiction in which the ending is changed and love wins out. On a special episode of TAYSHT to honor my uncle, I read the story “Love Is A Game of Bingo” from my book of short stories that was published in 2015, "A Devilish Pint."

Listen to "Love is a Game of Bingo" from Mike Farragher here: