New York cab driver of Donegal parents, McDonagh talks about his show "Off the Meter" and where to grab the best food in NYC. 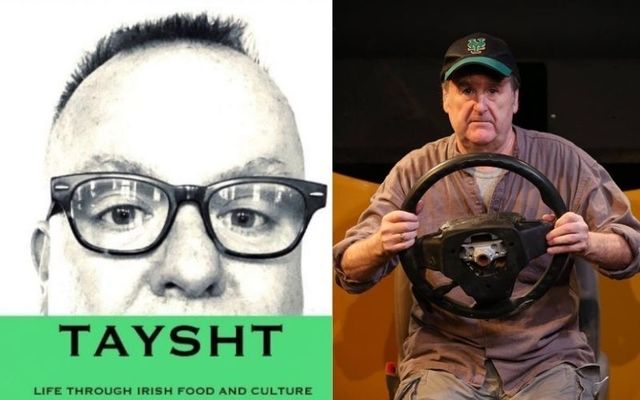 TAYSHT: John McDonagh talks to Mike Farragher about his show touring Ireland and where to grab a bit in New York.

With equal parts of grit and wit, John McDonagh is one of those NYC cab drivers right out of Central Casting.

I guess that’s why when Richard Hammond wanted to learn to drive a yellow cab, he called John McDonagh. When Stephen Fry was looking for the 'real' Goodfellas, he went right to John to take him to the dark corners of organized crime hotspots.

McDonagh, whose parents hailed from Donegal, has been a card-carrying member of the Manhattan-based Irish American Writers and Artists, where we hold twice-monthly salons live in NYC. During those salons, you might find poets, writers, musicians, singers, songwriters, actors, playwrights, storytellers, dancers, visual artists or comic performers presenting their work. It was in these salons that McDonagh workshopped a show, Cabtivist, using a PowerPoint slide deck to describe life behind the wheel of a yellow cab.

Because of the aforementioned grit and a dash of determination, he staged a multi-media one-man show, "Off the Meter" at The Irish Repertory Theater. The show is not only a love letter to the ever-changing neighborhoods of New York City, it is a behind-the-scenes glimpse into the bizarre world of reality television. Add a touch of politics and brushes with celebrities who are itching to get behind the wheel of a NYC yellow taxi, "Off the Meter" was a runaway hit.

As McDonagh prepares to take the show on the road and over to Ireland, he sat down with TAYSHT to discuss his one-man show, his radio programs (he is currently producer and host of Radio Free Eireann and Talk Mac, We and Thee with Malachy McCourt and Corey Kilgannon, which are weekly radio shows heard on Pacifica station WBAI, New York) and where to get a good feed in the Big Apple. You can check out his website at www.OffTheMeter.net.

Check out our TAYSHT podcast with John McDonagh here: