Bob Dylan, who turns 80 today, May 24, once remarked that Liam Clancy was the best ballad singer that he had ever heard in his life. 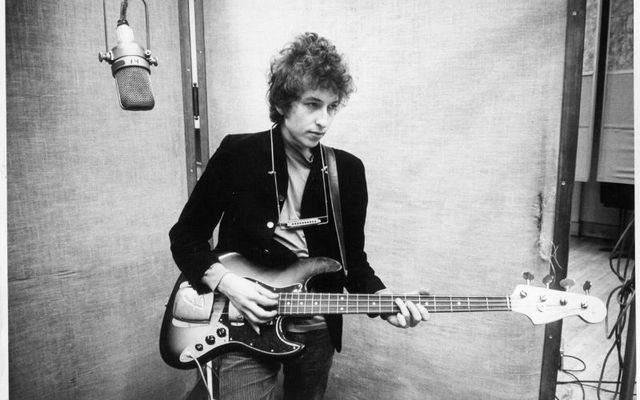 Bob Dylan while recording his iconic 1965 album "Bringing It All Back Home" in New York City. Getty

Legendary musician Bob Dylan turns 80 today, May 24. Celebrate his landmark birthday by exploring the massive influence that Irish folk legends The Clancy Brothers had on the icon's esteemed career.

Dylan first crossed paths with the iconic Irish band in 1961 while they were performing at the White Horse Tavern in Greenwich Village, New York City.

The Clancy Brothers were already well-established in New York by the time Dylan laid eyes on them, and the young singer was captivated by the emotional rebel songs that the band performed.

He was particularly enraptured by the performance of Liam Clancy, the band's lead singer, who Dylan would later describe as the best ballad singer he'd ever seen.

Dylan began to follow the Clancy Brothers as they performed in various locations around Greenwich Village so that he could learn from their performances and improve personally.

The Clancy Brothers and Tommy Makem had catapulted to overnight success in the US following their performance of "The Rising of the Moon" on The Ed Sullivan Show in March 1961 while clad in traditional Aran sweaters and Dylan looked to draw inspiration from the increasingly popular group.

In his 2004 autobiography "Chronicles", Dylan wrote that he wanted to write songs as the Clancy Brothers did in the early days of his fledgling music career.

"I got to be friends with Liam and began going after-hours to the White Horse Tavern on Hudson Street, which was mainly an Irish bar frequented mostly by guys from the old country.

"All through the night, they would sing drinking songs, country ballads, and rousing rebel songs that would lift the roof."

Tommy Clancy also gave Dylan a nudge in the right direction, recommending him to Columbia Records when the label was in need of a harmonica player. Dylan subsequently signed a deal with the same label.

Dylan said that he tried to write rebel songs in an American context after his encounter with the band.

He reimagined the band's version of "Brennan on the Moor" for his song "Rambling Gambling Willie" in 1962 and sought Liam Clancy's opinion on the track, while he also credited the Clancy Brother's for influencing his meteoric rise to superstardom in the mid-1960s.

In the 1984 documentary "The Story of the Clancy Brothers and Tommy Makem," Dyalnd revealed: "I’d never heard a singer as good as Liam, ever. He was just the best ballad singer I’d ever heard in my life – still is probably."

Dylan said that he performed one song on his self-titled debut album in 1962 in a style that he thought mimicked the Irish group.

"The first album I made, there was one song on it that was an old song I’d heard on an old banjo record someplace. I did that song the way I thought The Clancy Brothers would have done it, you know, in their style," he said.

The Clancy Brothers subsequently performed at Dylan's 30th-anniversary concert in Madison Square Garden. This time, the Irish band took inspiration from Dylan when they put their own twist on Dylan's "When The Ship Comes In".