The most touching Irish ballads

From Mary Black to Christy Moore, there are some singers and old Irish ballads that will stir something in your soul every time you listen to them. 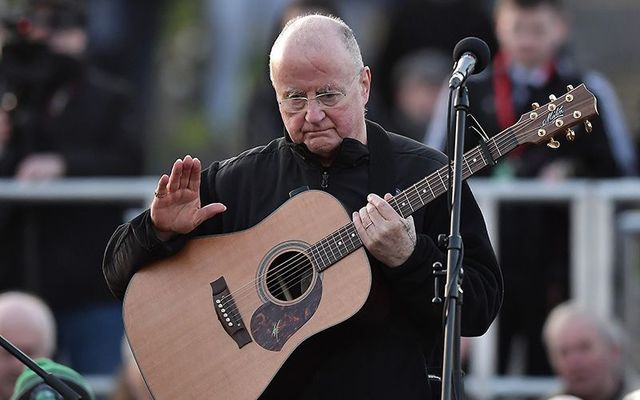 From Mary Black to Christy Moore, there are some singers and old Irish ballads that will stir something in your soul every time you listen to them.

So what are the ten greatest Irish ballads? We could sit here and argue for months, and I would happily do so, but here is my selection. All these songs have touched my heart at one time or another. I hope they touch yours, too.

Written by folk singer Phil Colclough in 1982 -- beautifully rendered by Mary Black, it has become a classic.

Scorn Not His Simplicity

Phil Coulter’s beautiful paean to his son with Down Syndrome. Wonderfully rendered by Luke Kelly of the Dubliners.

The Time Has Come

This heartbreaking 1981 hunger strike song commemorated the death of Patsy O’Hara. Christy Moore co-wrote with Donal Lunny and does a magnificent version.

An anti-British army recruiting song from the 1840s, beautifully rendered by Paul Brady.

I Dreamt I Dwelt

Written by Irish composer Michael Balfe from his opera “Bohemian girl. “ A heartrending and lonely song. Enya does a stellar version of it.

Written by Pete St. John, it has become the unofficial Irish national anthem thanks to Celtic Football club and the Irish soccer team. A wonderful haunting ballad of the Irish famine. Paddy Reilly does a magnificent version

The Bold Fenian Men’ (Down by the Glenside)

This ballad of the 19th century commemorates the Fenian uprising. Arcady featuring Frances Black does a haunting version.

This song is about Grace Gifford, who married her husband hours before he was executed for his part in the 1916 Rising. Written by Frank O’Meara in 1985. The Dubliners, featuring Jim McCann, do a powerful version.

Only Her Rivers Run Free

Written by Mickie McConnell, brother of our blogger, Cormac McConnell, in 1965. Christy Moore and Planxty do a magnificent version.

This poignant song about love and loss was written by poet Patrick Kavanagh. Luke Kelly hits it out of the park.

Did we leave your favorite Irish ballad out? Let us know in the comments section below.