IrishCentral’s Book of the Month: “After the Silence” by Louise O’Neill

For November, join IrishCentral's Book Club as we read “After the Silence” by Irish author Louise O’Neill. 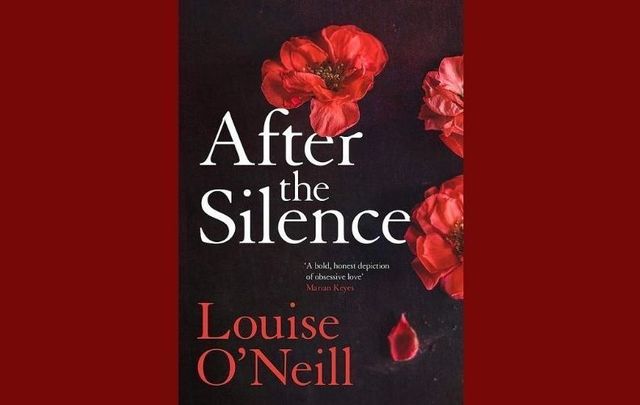 "After the Silence" by Louise O'Neill is the November selection for the IrishCentral Book's Club. Quercus Books

“After the Silence” by Louise O’Neill is the November selection for IrishCentral’s Book Club.

Throughout November, we’ll be reading “After the Silence” by Louise O’Neill.

Synopsis of "After the Silence” by Louise O’Neill

Nessa Crowley’s murderer has been protected by silence for ten years. Until a team of documentary makers decide to find out the truth.

On the day of Henry and Keelin Kinsella’s wild party at their big house a violent storm engulfed the island of Inisrun, cutting it off from the mainland. When morning broke Nessa Crowley’s lifeless body lay in the garden, her last breath silenced by the music and the thunder.

The killer couldn’t have escaped Inisrun, but no-one was charged with the murder. The mystery that surrounded the death of Nessa remained hidden. But the islanders knew who to blame for the crime that changed them forever.

Ten years later a documentary crew arrives, there to lift the lid off the Kinsella’s carefully constructed lives, determined to find evidence that will prove Henry’s guilt and Keelin’s complicity in the murder of beautiful Nessa.

You can hear Louise O'Neill's introduction of her latest book here:

Reviews for "After the Silence” by Louise O’Neill

“After the Silence” has been shortlisted for the 2020 An Post Irish Book Awards in the Irish Independent Crime Fiction Book of the Year category.

“Imagine Emily Bronte crossed with a Netflix true-crime documentary and with a dash of Big Little Lies thrown in. After the Silence is gripping, clever, and beautifully written. O'Neill has a gimlet eye for the telling detail ...Chillingly good.” - Elizabeth Day

“Elegant, assured, gripping and moving, it's her best book to date and that's really saying something.” - Marian Keyes

“This is good. Really good. Dark and tragic and anger-inducing. Succession meets West Cork with a fire of feminist fury.” - Harriet Tyce

“A gripping new direction for Louise O'Neill but still with her distinctive powerful voice. I raced through it, guessing until the very - satisfying - end.” - Cecelia Ahern

“Devastating, chilling, and enviably accomplished... I haven't been so gripped by a book in years.” - Laura Jane Williams

“Louise O'Neill has done it again. . .her writing captivates me in a visceral way every time. After The Silence does what Louise does best: addictive and scalpel-sharp fiction that addresses important topics that should demand our attention, while feeling both deep discomfort and fire in our belly.” -  Emma Gannon

“Louise O'Neill's After the Silence is a devastatingly beautiful book full of secrets, mystery and a story so powerful and enthralling you cannot look away. An absolute masterpiece and one of my favourite books in the world!” - Nikita Gill

“Dark, windswept, suspenseful and kept me on the edge of my seat. Bravo to a wonderful writer and wonderful woman.” - Jessie Burton

After a part-week of sales, it sits #2 in the Irish chart.

Thank you so, so much to everyone who has bought a copy so far ⛈️ pic.twitter.com/1EXBV4PW5e

Louise lives and works in West Cork, Ireland. She contributes regularly to Irish TV and radio and has a weekly column in the Irish Examiner. You can follow her on Twitter @oneillo.