IrishCentral’s Book of the Month: "The Pull of the Stars” by Emma Donoghue

For August, join IrishCentral's Book Club as we read "The Pull of the Stars" by Irish author Emma Donoghue 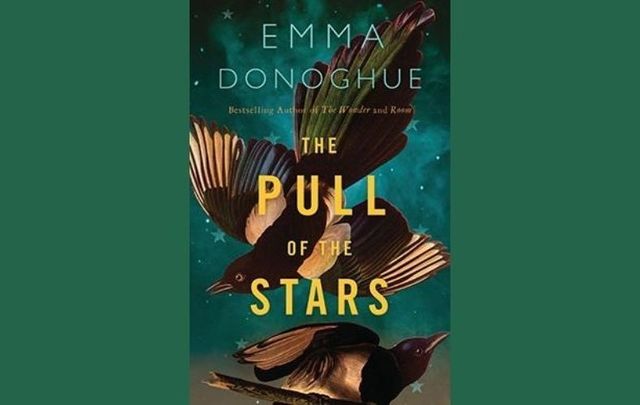 "The Pull of the Stars" by Irish author Emma Donoghue is the August selection for IrishCentral's Book Club. EmmaDonoghue.com

“The Pull of the Stars” by Emma Donoghue is the August selection for IrishCentral’s Book Club.

Throughout August, we'll be reading "The Pull of the Stars” by Irish author Emma Donoghue.

About her latest novel, Donoghue writes: "I began this novel in October 2018, inspired by the centenary of the Great Flu of 1918-19, and I delivered the final draft to my publishers two days before COVID-19 was declared a pandemic.

"As soon as I began researching the Great Flu, one fact that leapt out at me was that women before, during and for weeks after birth were particularly vulnerable to catching and suffering terrible complications from that virus. I’ve put into this story some of the labour dramas of women I know (and one of my own), and all my gratitude to frontline health workers who see us through our most frightening and transformative experiences.

"I could have set The Pull of the Stars anywhere, but I went for my home town of Dublin partly because Ireland was going through such a fascinating political metamorphosis in those years, and because I wanted to reckon with my country’s complicated history of carers, institutions and motherhood."

Synopsis of "The Pull of the Stars" by Emma Donoghue

“In an Ireland doubly ravaged by war and disease, Nurse Julia Power works at an understaffed hospital in the city center, where expectant mothers who have come down with the terrible new Flu are quarantined together. Into Julia’s regimented world step two outsiders — Doctor Kathleen Lynn, a rumoured Rebel on the run from the police , and a young volunteer helper, Bridie Sweeney.

“In the darkness and intensity of this tiny ward, over three days, these women change each other’s lives in unexpected ways. They lose patients to this baffling pandemic, but they also shepherd new life into a fearful world. With tireless tenderness and humanity, carers and mothers alike somehow do their impossible work.

“In The Pull of the Stars, Emma Donoghue once again finds the light in the darkness in this new classic of hope and survival against all odds.”

(Synopsis courtesy of Little, Brown and Company, publishers of "The Pull of the Stars.")

Reviews for "The Pull of the Stars"

"As in her best-known work, the deservedly megaselling “Room,” Donoghue infuses catastrophic circumstances with an infectious — but by no means blind — faith in human compassion, endurance and resilience." - Wendy Smith, The Washington Post

"Its modern parallels do trigger uneasiness (as do its numerous and gloriously explosive birth scenes) but those parallels are what ultimately make The Pull of the Stars a felicitous comment on our new times." - Barry Pierce, The Irish Times

In her own words, Emma writes: "Born in Dublin, Ireland, in October 1969, I am the youngest of eight children of Frances and Denis Donoghue (the literary critic). I attended Catholic convent schools in Dublin, apart from one eye-opening year in New York at the age of ten.

"In 1990 I earned a first-class honours BA in English and French from University College Dublin (unfortunately, without learning to actually speak French). I moved to England, and in 1997 received my PhD (on the concept of friendship between men and women in eighteenth-century English fiction) from the University of Cambridge.

"From the age of 23, I have earned my living as a writer, and have been lucky enough to never have an ‘honest job’ since I was sacked after a single summer month as a chambermaid. After years of commuting between England, Ireland, and Canada, in 1998 I settled in London, Ontario, where I live with Chris Roulston and our son Finn and daughter Una."