Former US Senator Chris Dodd has joined the group of Senior Advisors at Teneo. 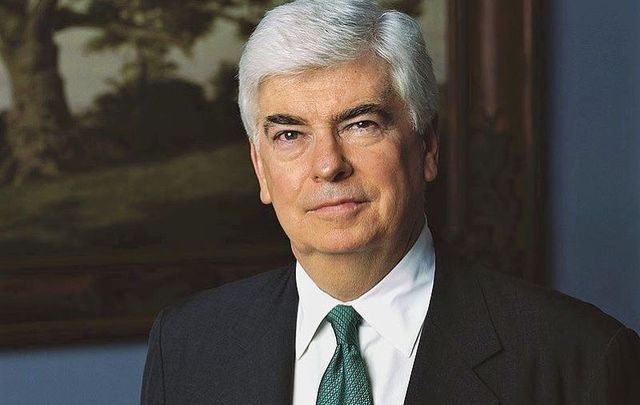 Teneo announced on Monday that former US Senator Chris Dodd has been appointed as a Senior Advisor.

Teneo, which has several worldwide branches including two in Dublin, Ireland, is a public relations and advisory company that was founded in 2011.

Declan Kelly, Teneo's co-founder and CEO, is a native of Co Tipperary and previously served as the U.S. Economic Envoy to Northern Ireland at the U.S. Department of State.

Dodd, whose eight great-grandparents were all born in Ireland, owns a ten-acre vacation residence in Roundstone, Co Galway.

The Irish American was one of the most vocal US politicians on Irish issues and was vital in securing a visa for Sinn Féin leader Gerry Adams to come to the US in 1994. His farewell party in 2010 was held in the Irish Embassy in Washington with about thirty close friends including Biden.

“After retiring from public service in 2010, Senator Dodd served as Chairman of the Board and Chief Executive Officer of the Motion Picture Association for seven years before joining the law firm Arnold & Porter, where he presently serves as Senior Counsel."

According to The Irish Times, Dodd's appointment comes as Teneo announced its acquisition of a minority stake in WestExec Advisors, "a firm with deep links to the Biden administration."

Former Senator Dodd is a close personal friend of President Joe Biden and was rumored to be the favorite for the next US Ambassador to Ireland role. It is understood that Dodd removed himself from consideration.