USA road trip that Irish J-1 dreams are made of

Four students' road trip across America from New York to Los Angeles will make you want to plan a trip! 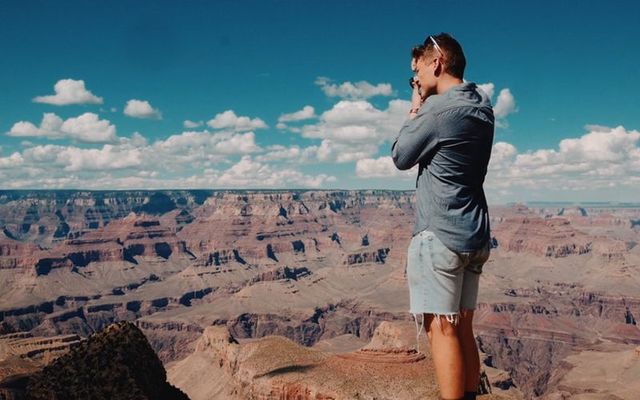 Irish students heading away to the United States on their J-1 working summer visa has been a rite of passage for generations. It’s also a time for big adventures, the open road and friends. This video has it all and will, no doubt, make you want to take a road trip… or become a student again.

Towards the end of summer 2017 Ben Rogan and his friends – Tom, Sean and Alex – took the trip of a lifetime from New York City to Los Angeles with stops at Denver, Yellowstone, Salt Lake City, Las Vegas, Yosemite and San Francisco along the way.

As Rogan, a fourth year TV and Production student, said, “It still feels surreal looking back on it!” We could see why. This road trip is the stuff dreams are made of!

Rogan told IrishCentral about his summer adventures. While living in Bushwick in Brooklyn, Rogan worked in the hectic Penn Station, in a coffee shop. “There is intensity in the weather and of course in the sheer volume of people there are in the city," Rogan said. “But once you get used to that, it's a pretty amazing place. I did see and do so much while I was there, but I still feel like I've barely scraped the surface.”

The film student has talked with his friends for some time about doing a road trip. “We really wanted to make the most of our time in America. A road trip made the most sense when it came to seeing a lot and experiencing the atmosphere of different cities and sights.”

And so Rogan, along with his mates Tom and Sean, college colleagues from Ireland, and Alex from Edinburgh, Scotland, took to the open road, staying at free campsites most nights.

Read more: Road trip around Ireland will make you start planning your next vacation (VIDEO)

“The Bonneville Salt Flats were amazing to see. It really felt like being on another planet when we stepped out onto the flats. The texture was strange and the heat out there was so intense.”

Next, he said “Death Valley was also quite an experience. As we drove through there, there were signs saying to turn off A/C to avoid overheating (due to the insane heat there). As we drove along a small mountain side, we heard a noise and the car started to shake slightly. We were really worried there was something wrong with the car. Then, out of nowhere, a fighter jet flew past our car. It just felt like the craziest thing ever to happen.”

And lastly, he added, the “sheer color of Arches National Park was just unreal. The depth of the color red in every part of the park was so cool, as well as the sheer vastness of the environment. We managed to catch the eclipse on our way there as well, which is a nice memory.”

The worst thing about the trip? “The night we slept in our car. It's funny to look back on now, but it really was the worst sleep ever!”