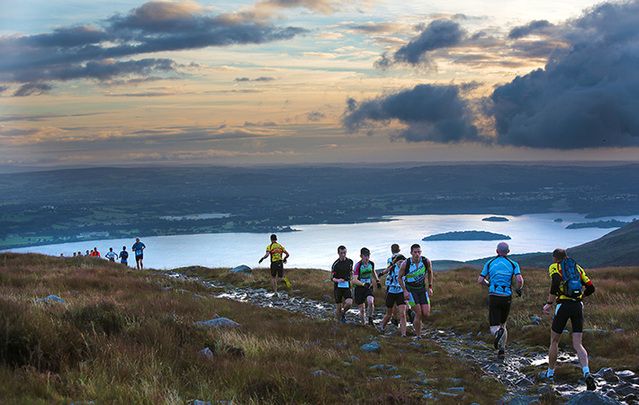 The world’s largest travel website, TripAdvisor, has named its 2016 Travel Choice Award winners. The travel site’s 350 million monthly visitors put their heads together and voted for the top spots to visit in Ireland.

The site allows travelers to plan and book their trip but also review and share opinions on 5.3 million accommodations, restaurants and attractions in 47 countries worldwide.

Killarney is a medium-sized town in County Kerry on the northeastern shore of Lough Leane, part of Killarney’s National Park.

While it’s the number one spot to visit in Ireland it’s the 23rd most popular destination in Europe.

Dublin’s fair city, the capital and largest city in Ireland with a population of 1.27 million. With history dating back before its founders, the Vikings, you’re sure to find history, fun and culture through the city and the surrounding county.

The only town on the Dingle Peninsula in County Kerry, Dingle, famous for Fungi its friend dolphin, is just 40 miles northwest of Killarney.

Nicknamed “The City of Tribes” Galway is known as the cultural heart of Ireland. Located on the west coast, on the it is the fourth most populous urban area in Ireland and a stunning place to visit for all this from the great-outdoors to craic agus ceol.

Donegal Town sits at the mouth of the River Eske and Donegal Bay, overshadowed by the Bluestack Mountains ('the Croaghs'). The town a hub for music, poetic and cultural gatherings in the area.

Westport, in County Mayo, at the south-east corner of Clew Bay, is a popular tourist destination and scores highly for Quality of Life.

The Legend of Grainne Mhaol

Known as the Rebel County, Cork is the largest and southernmost county, with a population of 518,128. From Midleton to Skull, there’s something for everyone including the face that Cork is the food capital of Ireland.

County Sligo is located in the Border Region in Connacht and is home to Sligo town, the largest urban center in the northwest of Ireland. Despite its relatively small size, Sligo is a historic, cultural, commercial, industrial, retail and service center of regional importance.

Doolin is a picturesque coastal village in County Clare. Bordering the spa town of Lisdoonvarna. It is a noted center of traditional Irish music, which is played nightly in its pubs, making it a popular tourist destination.