Dying to get away from it all? These are the most remote peaceful places in Ireland

Of course, there's the craic, ceol (music) and banter but Ireland is also a great place to visit to find some peace and quiet. 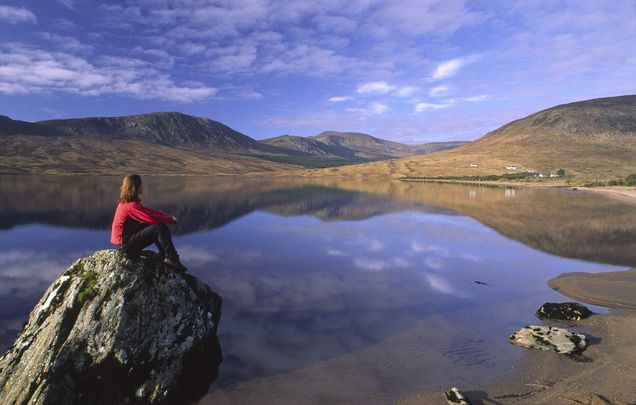 Ireland is known for its 40 shades of green, its coastline, rolling hills and expansive countryside but where are the most remote locations around this small island off the coast of Europe?

It stands to reason that there are plenty of quiet locations around Ireland where you can find peace and solitude. In fact, most Irish folks you meet will have a favorite locale they go for a long walk in nature or where a wonderful view goes uninterrupted by too many other people or the hustle and bustle of modern life.

Already, some great mind has done the maths on this and have mathematically figured out where the exact most remote location in Ireland is. The answer is at the geographic coordinate 54.042586,-9.656568. This spot on a boggy hillside in the Nephin Beg mountains in County Mayo is just under 8 kilometers (4.9 miles) from the nearest road. Truly beautiful countryside.

What we're all looking for is quiet locales that will take you away from the stresses of city life, bringing you back to the peace and serenity of nature. We've got you covered.

Here's a list of some of Ireland's other favorite remote spots where you can get away from it all: 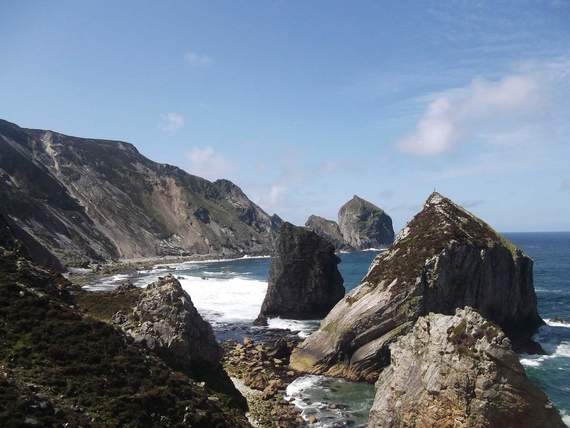 Three kilometers north of An Port at the end of a 20km single-track road is one of the most breathtaking beaches in Ireland at Glenlough Bay. This 2km pebbled beach on the Slievetooey Peninsula is particularly dramatic as it's surrounded by 250-meter high cliffs and sea stacks with views of Tormore Island.

Another win for County Donegal, voted the coolest place in the world by National Geographic. This one is for all you rock climbers. This sea stack, Cnoc an Mara (Hill of the Sea), is like a 100-meter shark fin, Ireland's tallest, off Tormore Island. 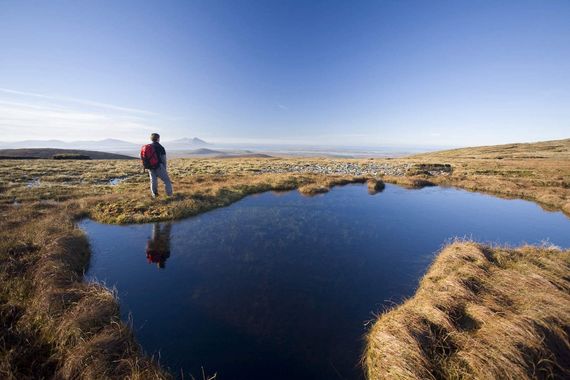 Ballycroy National Park, one of Ireland’s largest parks, is 11,000 hectares of preserved countryside filled with lakes, mountains, and bogland. Slieve Carr is located in the northern part of the massive park and is a 721-meter mountain that provides a steep, tough ascent from the beautiful Scardaun Loughs at the base.

At the summit, you'll find an ancient burial cairn known as Laghtdauhybaun, from Leacht Dáithí Bháin, a burial monument of white Dáithí, believed to refer to an ancient king of Connachtin that ruled in the 5th century. 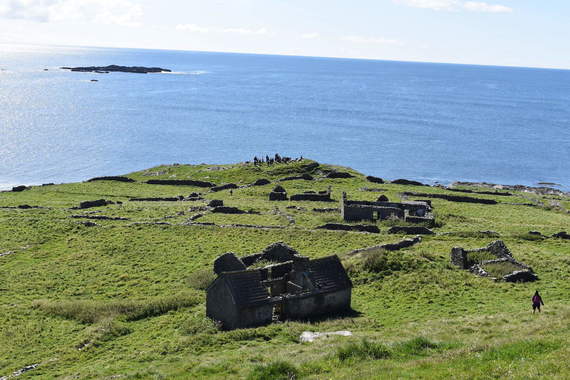 This uninhabited island off the coast of Galway is steeped in ancient history. Inishark was inhabited until the 1960s when the residents were forced out due to inaccessibility. Across the island, you'll find ancient burial sites, ruins of churches, and abandoned monuments dating back thousands of years. 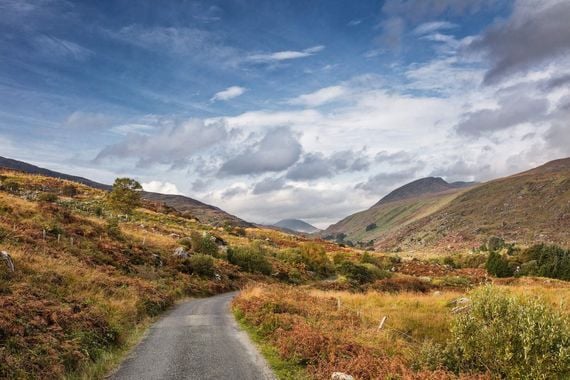 Just south of the Gap of Dunloe, the Black Valley is a hiker's paradise. Famously this was the last place in Ireland to be connected to electricity and telephone lines due to its remoteness. You can hike for hours here without seeing civilization.

During the spring the valley is covered in bog cotton and yellow irises. Red and purple heather line the fields, and flowing streams and still lakes frame the woodlands. Paradise!

Did we leave somewhere out? Where's your peaceful happy place in Ireland? Let us know in the comment section below.