All the basics – and some fun facts – about County Galway. 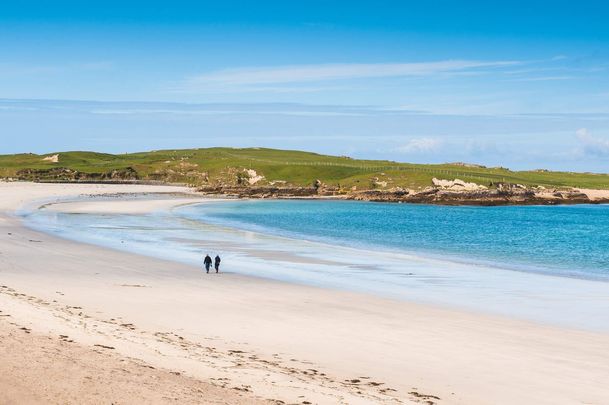 Here are all the basics you need to know about County Galway.

The Spanish Arch: Framing the river east of Wolfe Tone Bridge, the Spanish Arch is thought to be an extension of Galway's medieval walls. The arch appears to have been designed as a passageway through which ships entered the city to unload goods, such as wine and brandy from Spain.

Today it reverberates to the beat of bongo drums, and the lawns and riverside form a gathering place for locals and visitors on a sunny day. Many watch kayakers maneuver over the minor rapids of the River Corrib. 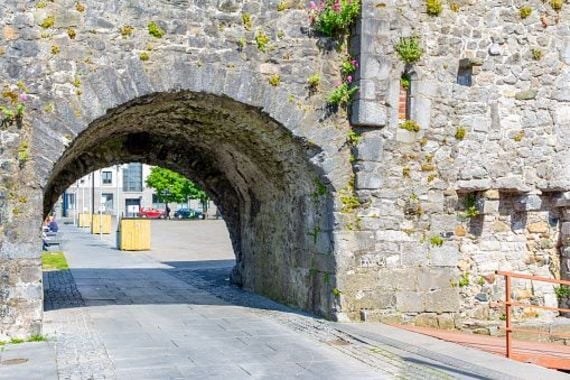 Galway Cathedral: The Cathedral was dedicated by the late Cardinal Richard Cushing of Boston in 1965. The cathedral's unwieldy full name is the Catholic Cathedral of Our Lady Assumed into Heaven and St Nicholas. Its high, curved arches and central dome have a simple, solid elegance even if the greater whole feels rather sterile (although a side chapel with a mosaic of the Resurrection does include a praying JFK in the tableau). The superb acoustics are best appreciated during an organ recital. 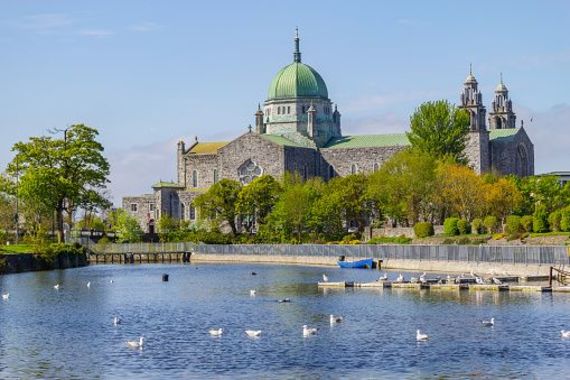 Salthill: Salthill has been a tourist destination since the early twentieth century. During the 1950s it was a hot spot for dance and show-bands, the most noticeable location being the Seapoint dance hall now a leisure center. In recent years, Salthill was a focal point for the Volvo Ocean Race, as well as the more recent Round-Ireland Powerboat race in 2010. During these events, stands were set up along the Prom selling a variety of goods. Throughout all the developments, Salthill's main attraction every year has been its promenade and numerous sandy beaches. 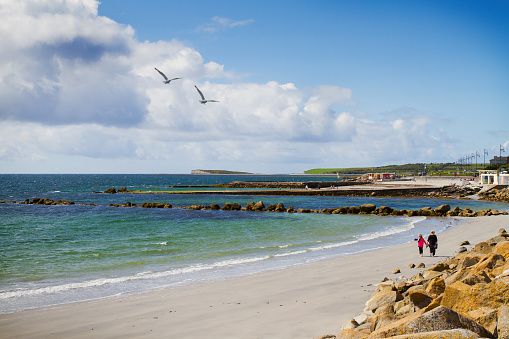 A Brief History of County Galway

County Galway is one of the traditional Counties of Ireland. It is located in the province of Connacht. It was named after the city of Galway. There are several strongly Irish-speaking areas in the west of the county.

The county is comprised of a number of distinct territories which predate the formation of the county by the English colonial administration in Ireland in the late 1500s. The major ones are Iar Connacht, or 'West Connacht', which covers the portion of the county (and also a small part of County Mayo) west of Loch Corrib and which contains Connemara in the far west and Joyce Country in the north-west.

The territory of Aidhne lies in the south of the county and is coextensive with the diocese of Kilmacduagh. Clann Taidg was originally part of Magh Seola, but was divided from Magh Seola into a new tuath by the Kings of Connacht in the mid-11th century. It later formed the barony of Athenry.

The territory of what was once known as Uí Maine or Tír Maine covers most of the east of the county but also covers south County Roscommon. Maigh Seola covers the portion of the county along the eastern side of Lough Corrib. A number of inhabited islands are administered by the county: they include Oileáin Árann (the Aran Islands) and Inis Bó Fine.

Galway is nicknamed “The City of Tribes” (“Cathair na dTreabh”) after the fourteen merchant families who led the city during the Hiberno-Norman period.

The city is known for its vibrant lifestyle and numerous festivals, celebrations and events including the summer’s Galway Arts Festival which is known for its famous Macnas, arts group’s, parade.

There are many symbols associated with Galway. These include the Claddagh Ring, Galway's own symbol of love and friendship that is worn the world over, the Aran Sweater, an emblem, not only of the Aran Islands, but of Ireland itself and the Galway Hookers, ships that distinguish themselves as Galway’s signature upon the water.

There are 6,870 Irish speakers in Galway city, which is nearly ten percent of the population. Galway is often referred to as the “Cultural Heart of Ireland” as it is most associated with the Irish language, music, song and dance traditions. Galway City is on the doorstep of Galway’s Gaeltacht (an area where Irish is spoken).

The Aran Islands, probably Ireland’s most famous islands, are located just off the coast of Galway. The three islands, Inishmore, Inishmaan and Inisheer are the perfect place to visit to see Ireland at its best. They are also Gaeltacht areas.

The most famous person born in Galway is the great Hollywood actor Peter O’Toole. Peter Seamus Lorcan O’Toole was born in Connemara in 1932.

Most famous for his role in the 1962 “Lawrence of Arabia” poor O’Toole hold the world record for Oscar nominations without actually winning. He’s now up to eight nominations.