From ancient traditions to buzzing holiday markets the island of Ireland is a winter wonderland all throughout December and into January. 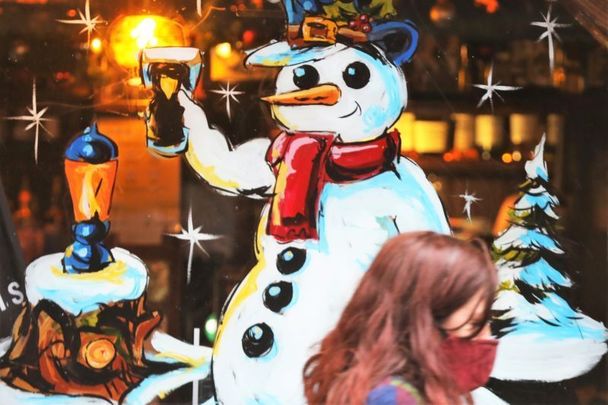 Christmas at the Hairy Lemon pub in Dublin, during Covid. RollingNews

Ireland is one of the most magical places in the world to celebrate Christmas and the New Year. From ancient traditions to buzzing holiday markets the island of Ireland is a winter wonderland all throughout December and into January.

Read on to learn some of the surprising facts that make Ireland so very special during the holidays.

1. December 8 is traditionally known as the beginning of the holiday season in Ireland. 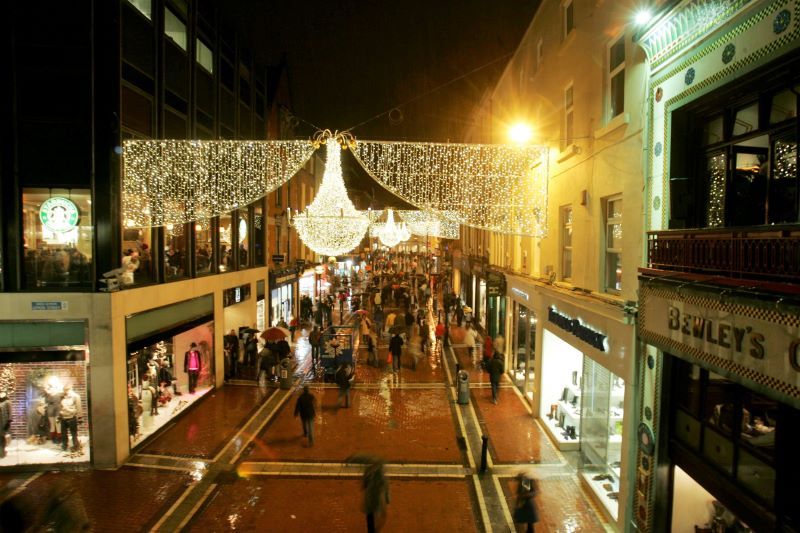 The feast day of the Immaculate Conception in the Catholic calendar, it was historically the day when people from the country would flock to Dublin to do their Christmas shopping (can you imagine being so prepared!). Today, December 8 marks the day when trees and decorations go up.

Long before Christmas trees became a standard decoration, the Irish would gather sprigs of their native evergreen, holly, to decorate their homes for the holiday. 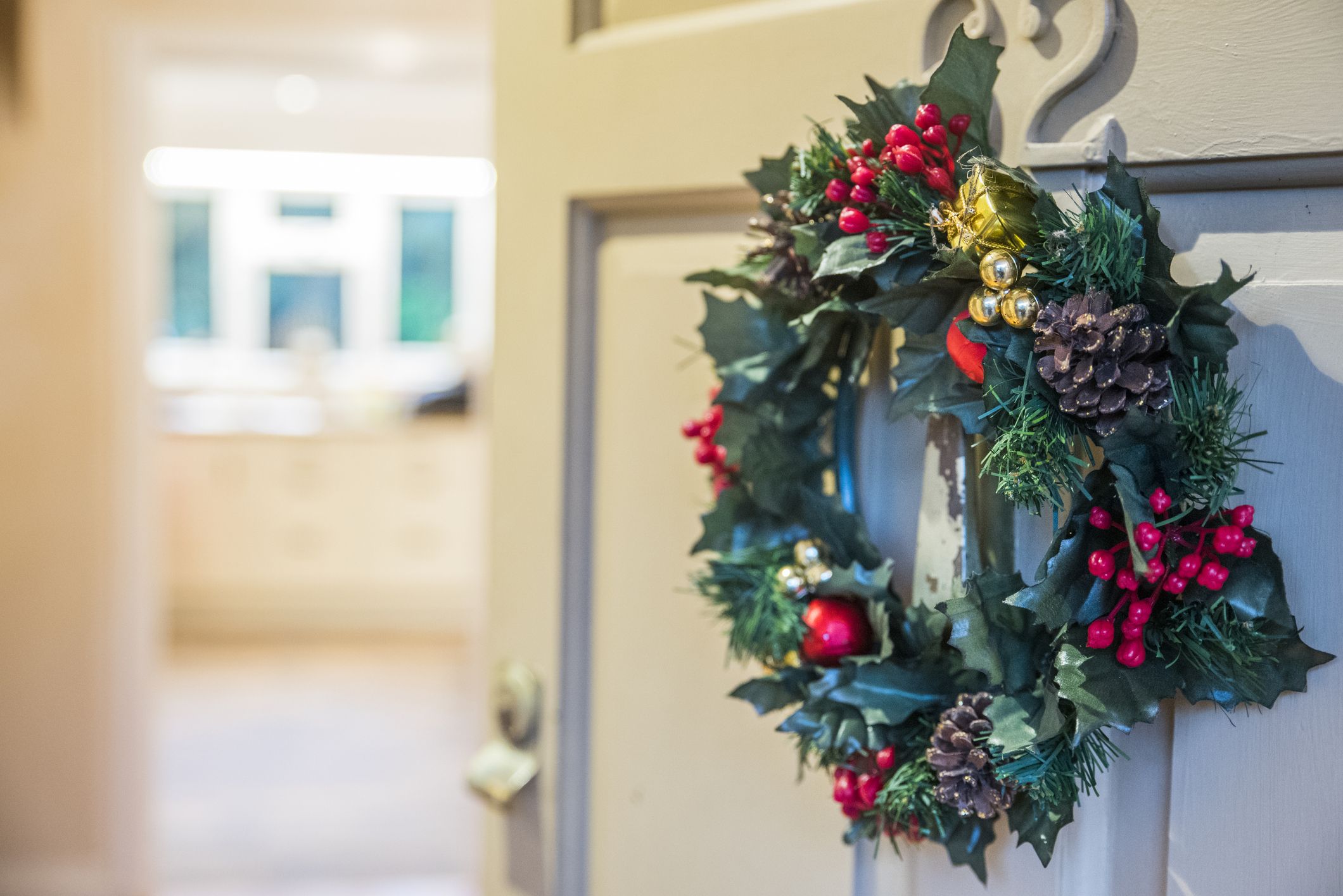 3. Because one day of Christmas just isn’t enough, December 26 is also a celebrated public holiday.

In Northern Ireland, the date is known as Boxing Day, while those in the Republic of Ireland refer to it as St Stephen’s Day. It’s also one of the busiest nights out as friends who have returned home head to the pub to catch up over a pint. 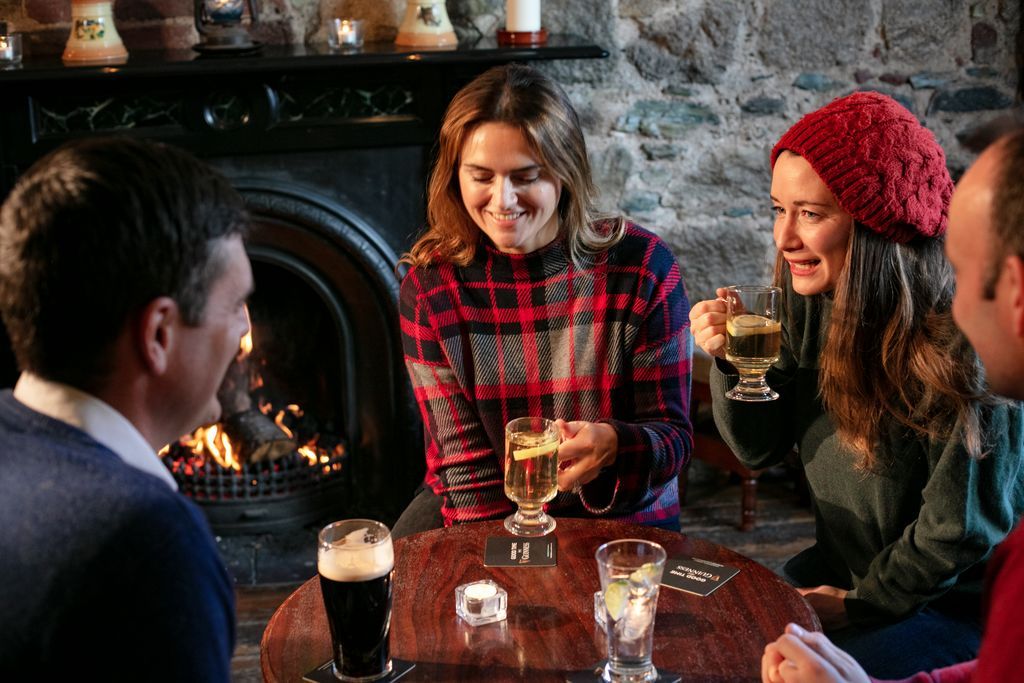 Catching up over pints and Irish whiskeys. Photo: Brian Morrison

4. January 6 is known in the Irish language as “Nollaig na mBan” – Women’s Christmas.

It’s traditionally the day when women must avoid all housework, and the men of the house stay home, take down decorations (it’s bad luck if you don’t!) and prepare all the meals. While Ireland is now a much more equitable society than when this tradition started, women still deserve a special day! 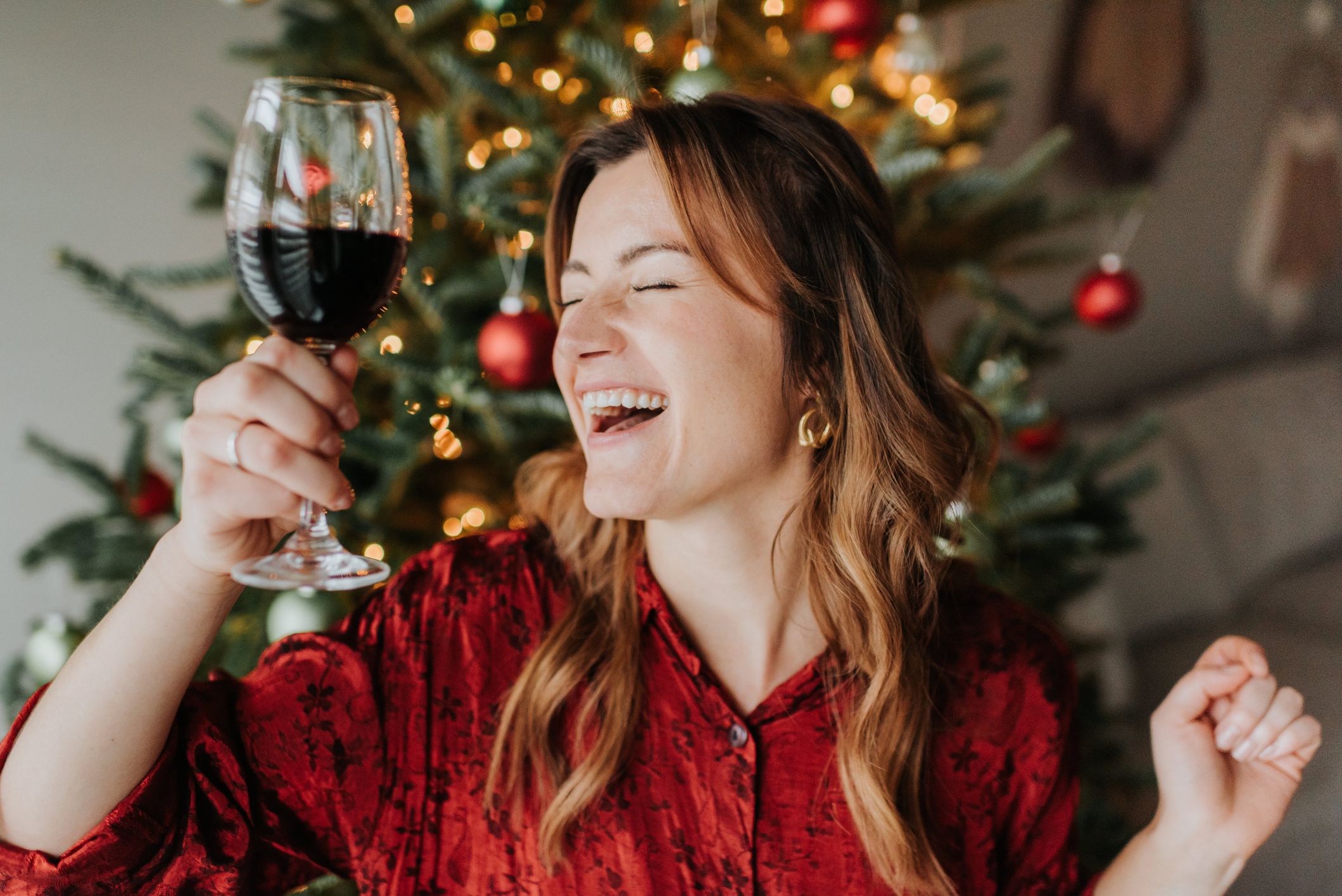 It's all about relaxing on Women's Christmas. Photo: Getty Images

It was even banned for some time as a symbol of paganism. Homes in Ireland now hang mistletoe in doorways to symbolize peace and goodwill. 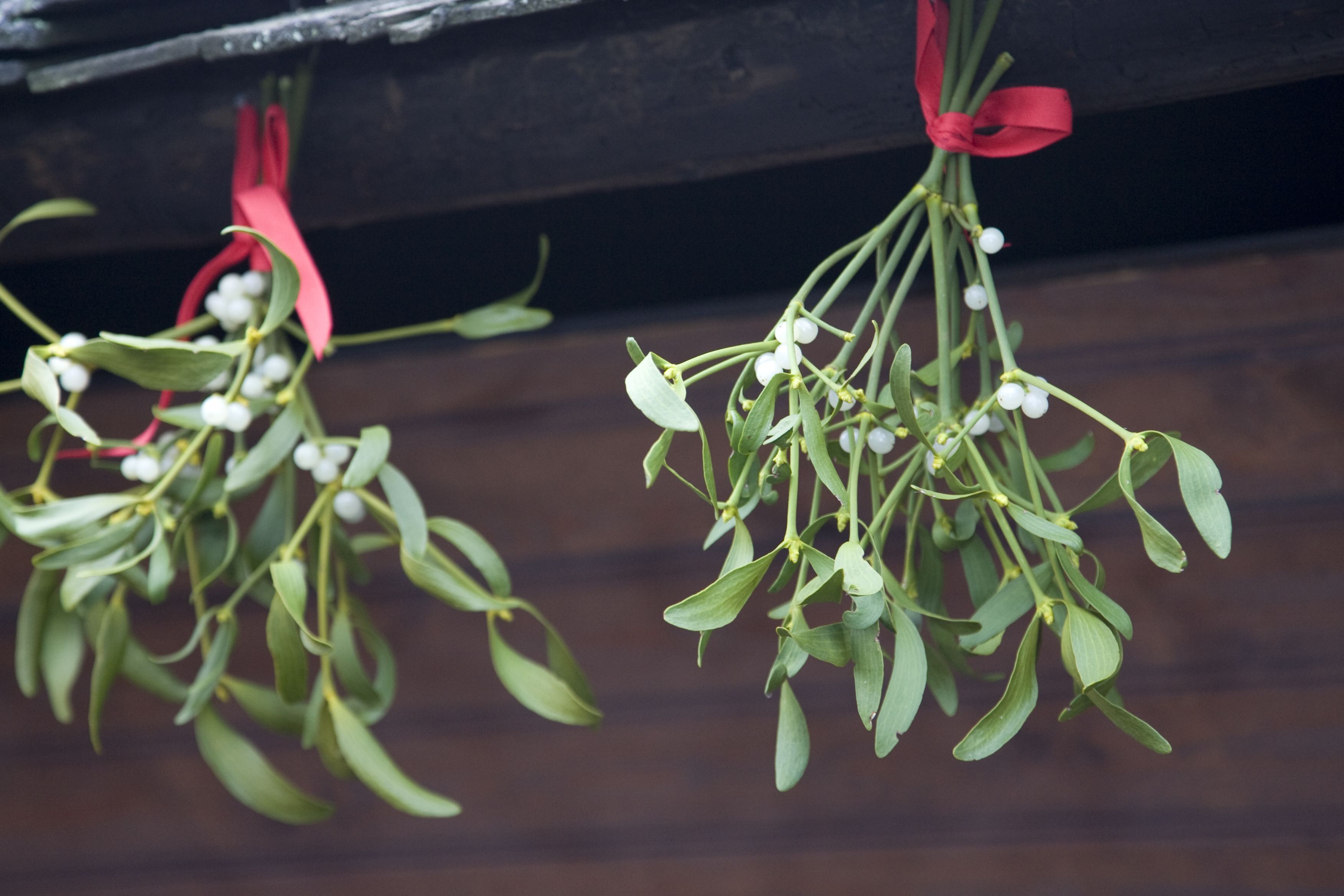 6. One of the longest sung Christmas carols, The Wexford Carol, is believed to have originated in Enniscorthy, County Wexford (hence its name) in the 12th century.

Also known as the Enniscorthy Carol, its lyrics are based on the nativity of Jesus Christ and it is known as a traditional Christmas song around the world - but especially in Ireland.

7. Christmas markets can be found in nearly all of Ireland’s big cities, with vendors, delicious food and beverages, live performances, and even ice skating! 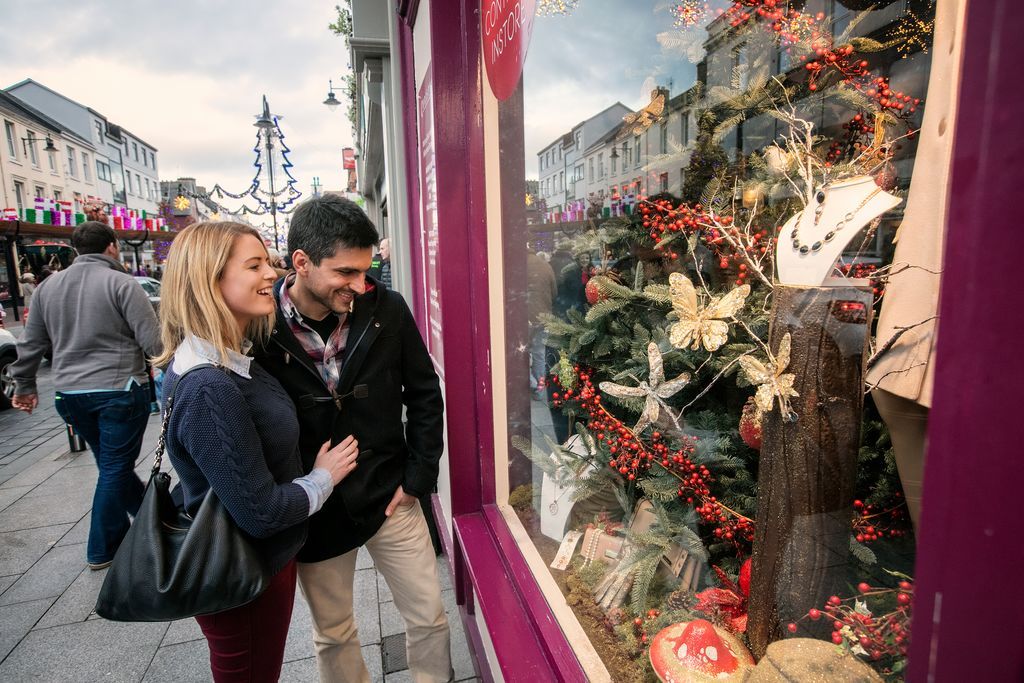 8. Ireland is an island and therefore has a temperate climate even in the winter months. 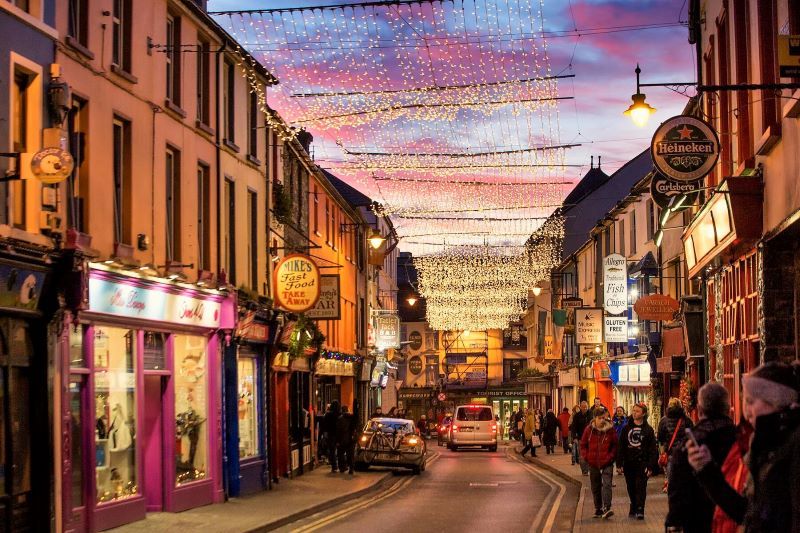 9. The Mountains of Mourne in County Down, Northern Ireland serve as Santa’s official residence in this part of the world.

At Santa’s Cottage there, you can meet Santa himself, see some of his Ireland-based elves hard at work in the workshop, enjoy treats from Mrs. Claus, and meet some of Santa’s famous reindeer. 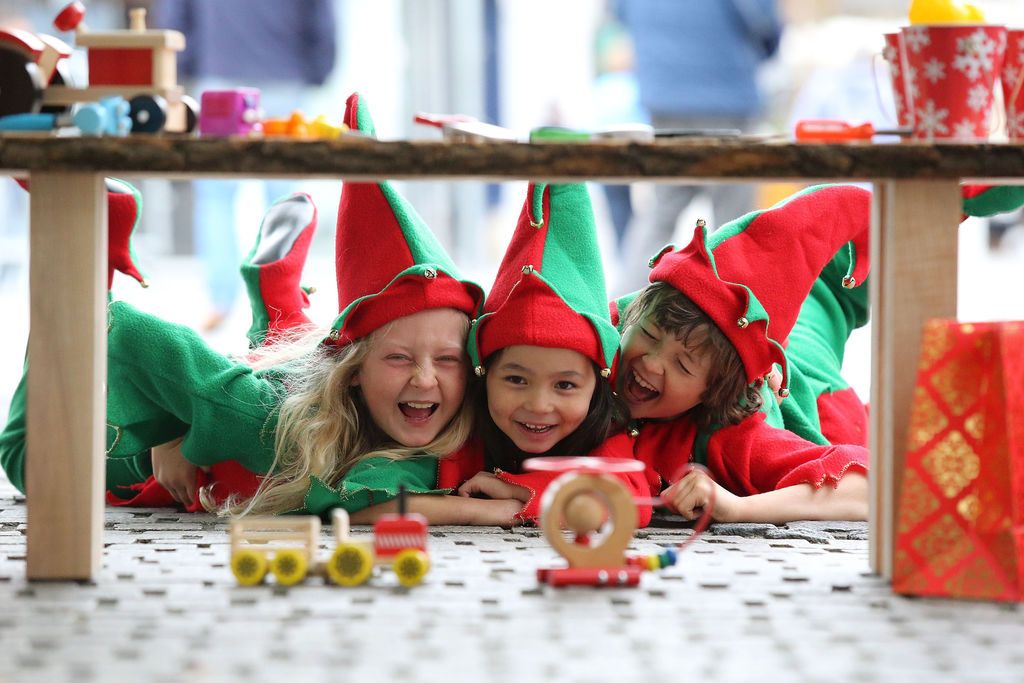 10. On Christmas Eve, you can catch some of Ireland’s most famous stars busking on the streets of Dublin – for a good cause.

While your typical U2, Hozier, Imelda May, or Glen Hansard concert ticket would cost a pretty penny, if you’re in Dublin on Christmas Eve you can usually catch a whole bunch of your favorite Irish musicians and singers performing all together on the street, collecting charity donations. If that doesn’t sum up the Irish Christmas spirit of fun, togetherness, and generosity, we don’t know what does! 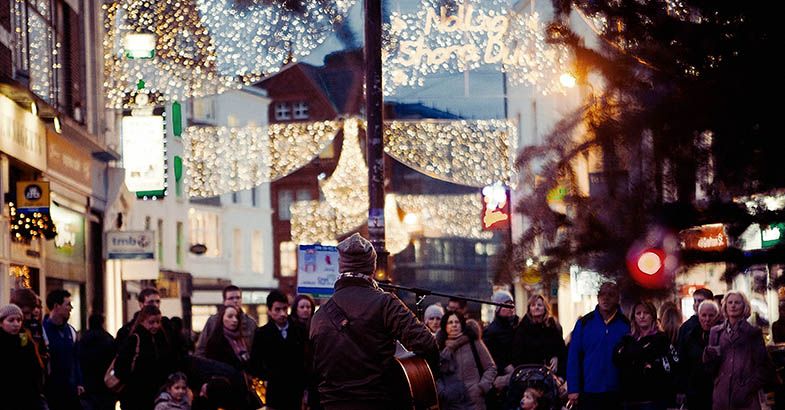 Get more inspiration for holiday travel in Ireland on Ireland.com.