Discover St. Patrick’s Day parades around the world in this interactive map

Flip through the history of the St. Patrick’s Day parade across the world in this interesting map, covering everything from the shortest to the longest-running parade. 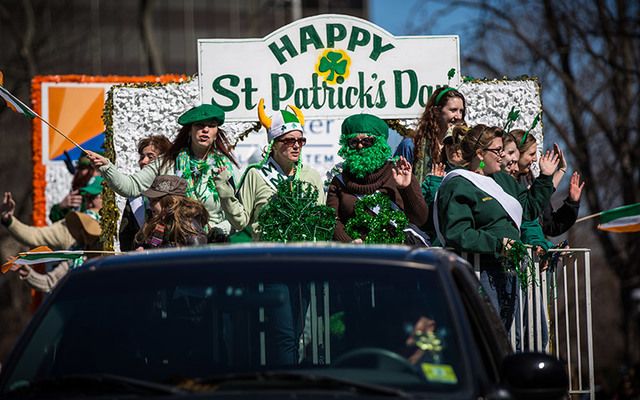 Flip through the history of the St. Patrick’s Day parade across the world in this interesting map, covering everything from the shortest to the longest-running parade. iStock

St. Patrick’s Day 2017 is finally here, and today parades will step off across the globe, while crowds cheers, banners fly, and hundreds of Irish flags are waved. If you live outside of Ireland, however, or have a job where you’re not guaranteed to get the Irish national holiday free, you may be stuck in the workplace this feast day and unable to join in the celebrations.

No need to fear missing out this March 17, as even if you can’t be there in person, Irish company Claddagh Rings has come to your aid to teach you all you need to know about the parades taking place around the world from the comfort of your own computer or phone.

Outlining some of the biggest and best parades in the world, the interactive map they’ve created jumps between Ireland and the US and from state and state to tell you the facts and figures you need to know. For instance, did you know that there is a very special parade held in Hot Springs, Arkansas, each year which lasts just 98ft? Or that everyone’s favorite Irish-American President John F. Kennedy and his wife Jackie participated in the parade in Boston in 1958, a parade that has been running for almost three centuries, since 1737?

Other parades mentioned include Montreal, whose city flag even contains a shamrock; Cleveland, Ohio, where a parade has been running since 1867; and Kansas City, Missouri, where they celebrate “Snake Saturday.”

Simply flip through the map below to explore the best of St. Patrick’s Day 2017.