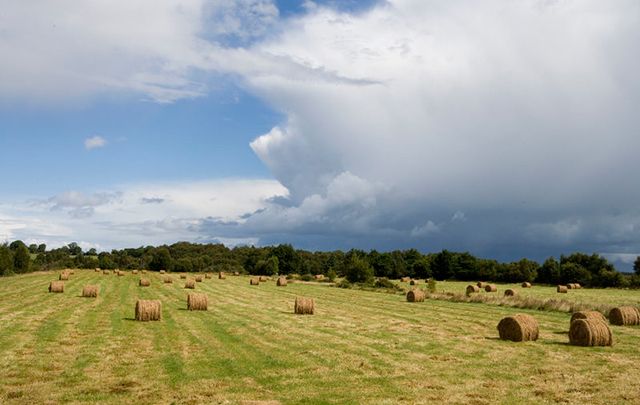 Welcome to County Longford (Contae an Longfoirt, in Irish), the second smallest county on the island of Ireland!

In County Longford, a Midlands county in the province of Leinster, you’ll find stunning lakes and waterways, and lovingly preserved sites of immense historic importance.

The county motto is “Daingean agus Dílis,” “Strong and Loyal,” and that’s exactly what you’ll find here. Follow the Royal Canal from Dublin to Longford and you will not be disappointed.

The following are our top five tourist attractions in County Longford.

Saint Mel’s Roman Catholic Cathedral, the most recognizable building in all of Longford town, is notable for its long-term history (built gradually between 1840 and 1892, with pauses caused by famine, finance issues and Catholic persecution) but perhaps more remarkable for its more recent history. On Christmas morning, 2009, the people of Longford woke to find that Saint Mel’s, the Cathedral Church of the Diocese of Ardagh and Clonmacnois, had been severely damaged in a devastating fire caused by the church’s heating system. The interior and roof were destroyed;  only the exterior walls, portico and campanile were left standing

Somehow, at a time when Ireland was entering its painful recession years, the Diocese and the people of Longford banded together to form the St. Mel’s Project Committee, which became one of the biggest restoration projects in all of Europe at the time. A mere five years later in 2014, the restoration was complete and St. Mel’s opened its doors once again, earning the Cathedral the nickname The Longford Phoenix. It’s worth a visit to see this piece of history and this labor of love.

In 1984, a remarkable discovery was made at the Corlea peat bog near the village of Keenagh. Wooden timbers, known as toughers, were unearthed and dated to the Iron Age, 148 – 147 BC. The oak planks were determined to have made up an Iron Age roadway through the bog, and more toughers were found when excavation was carried out in 1991.

Now here’s a unique way to travel through Ireland! The Royal Canal was opened in 1817 as a waterway route between Dublin and the River Shannon, but closed in 1961 when rail and motor routes began to take precedence. Thanks to local campaigning efforts, the canal route was restored and re-opened in 2010, and today it offers a navigable route between Dublin’s Spencer Dock and Richmond Harbor in Clondra, Co. Longford, where the Royal Canal meets the River Shannon. In addition to traveling by boat, you can also walk or cycle along the canal banks.

Lough Ree, which sits between County Longford and County Westmeath, is the second largest of the lakes off the River Shannon and home to eight islands. The most famous of these islands is Inchcleraun (Inis Cloithreann, or Clothra’s Island), known locally as Quaker Island since it was, at one point in time, owned by a man who was a Quaker.

The island, accessible via boat, is steeped in history and legend. It once belonged to Clothra, the sister of the great Queen Maeve, and is believed to have been the site where the great queen died. Today, the island is owned by the Irish State. On it, you will also find the ruins of St. Diarmaid’s Monastery, founded by Diarmaid the Just in the year 560.

The picturesque village of Ardagh should be a must-see on any trip through County Longford, and the Ardagh Heritage and Creativity Center is just the place to learn about your surroundings. Housed in an 1898 schoolhouse, the center includes a craft shop, café, and thorough exhibition on the history of Ardagh. The exhibition “draws on the rich fabric of Ardagh life down through the ages, from the roots of the village in Irish mythology to its development as an important early church site and its emergence as a model estate village.” The idea is that visitors will then be inspired to craft a work in response. It’s a great place to bring the kids, too.