Home to the country’s capital, County Dublin is often the starting point for many tourists traveling to Ireland for the first time. 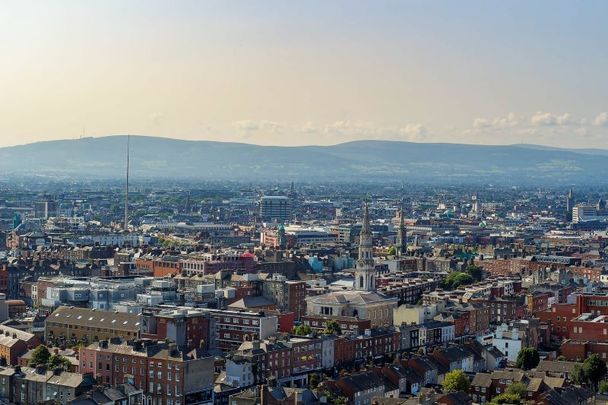 An aerial view of the Dublin Mountains over Dublin City. Ireland's Content Pool

Dublin has so much more to offer than its many (glorious) pubs!

Here are our top recommendations for attractions to visit in County Dublin: 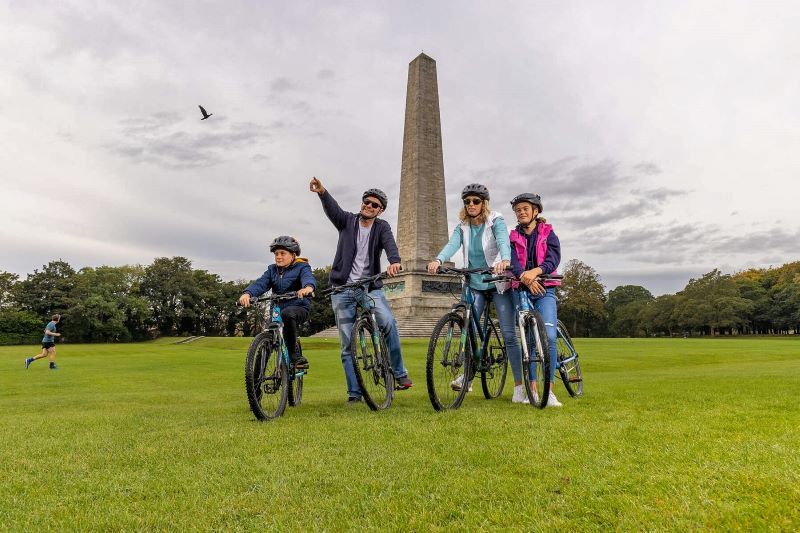 As one of the largest walled city parks in Europe, Phoneix Park is not only home to Dublin Zoo but also to herds of wild deer and the Irish President, who lives in Áras an Uachtaráin located within the park walls.

At 1,750 acres, Phoenix Park includes many open areas of grassland as well as tree-lined avenues where you’ll always find families and friends out for a stroll, kicking a football, or having a picnic.

The zoo is, of course, one of its biggest attractions. The zoo first opened to the public in 1831 with animals from the London Society, making it the third oldest zoo in the world. It is now home to more than 700 animals and birds from around the world.

Other places of interest within the grounds of the park include: the Papal Cross erected in honor of the visit of Pope John Paul II in 1979, the Wellington Monument commemorating the victories of the Duke of Wellington, and the Magazine Fort marking the location where the Phoenix Lodge was first built in 1611. 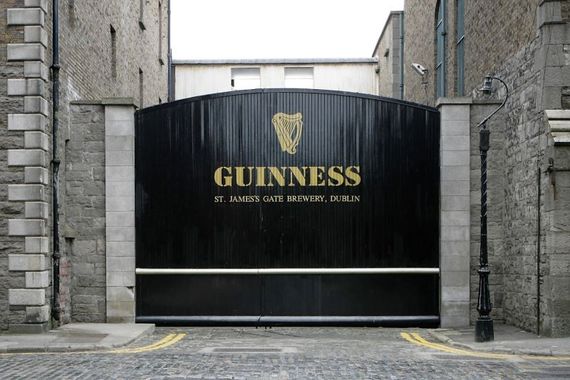 What better way to view Dublin than from the top of the Guinness storehouse with a perfectly poured pint of the black stuff in your hand. Learn how to pour the perfect pint of Guinness alongside the experts while looking out on the capital city.

As an Irish icon, Guinness is a constant favorite with visitors to Dublin, but the Storehouse's excellent tour guides and lively history of the world-famous stout that they provide, it’s not hard to see why it comes top of the lists among the city’s main attractions.

In 1759, Arthur Guinness acquired a 9,000-year lease for the St. James Gate location for just £45 and, while the beer is now brewed in different places, this location will always be home to the black stuff, or at least until 10,759 AD, when the lease eventually comes to an end. 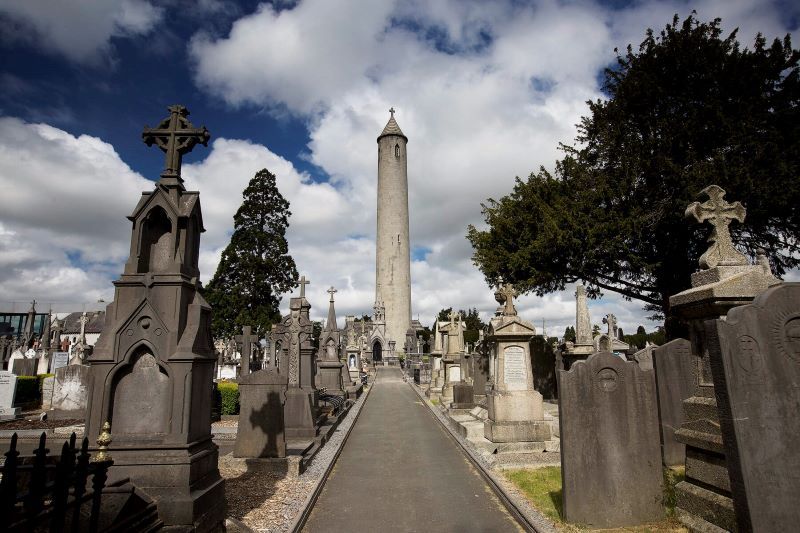 As with the Guinness Storehouse, it's the knowledge and expertise of those showing you around that makes Glasnevin so special. The cemetery offers daily tours highlighting some of the most important graves, while the museum recalls the history of the cemetery itself.

The Easter Rising tours are a fantastic exploration of the lives of the rebellion leaders with actors re-imagining the incredible speech of Patrick Pearse at the graveside of O’Donovan Rossa.

Located just beside the cemetery are the National Botanic Gardens which should also be taken advantage of if you manage to find Irish weather on your side.

And, of course, no visit to the cemetery is complete without a stop-off at the Gravediggers Pub on the way out. 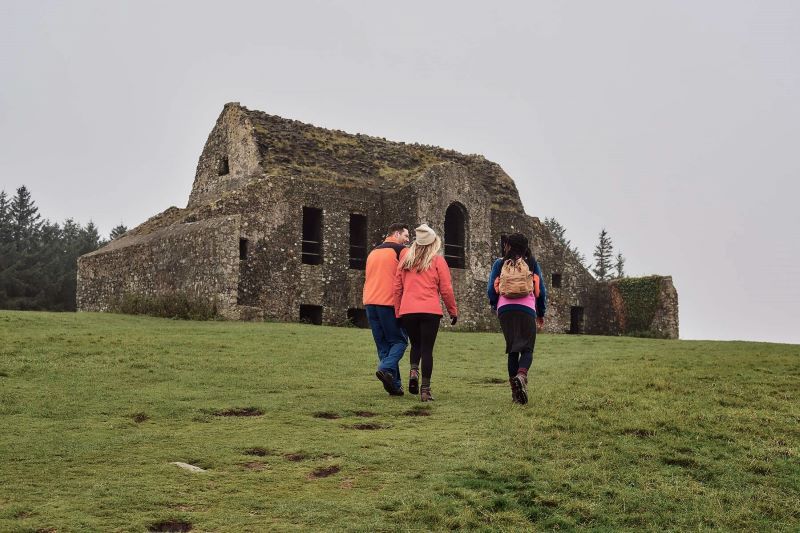 As incredible as Ireland’s capital is, the rest of the county is not too bad either. If you’ve had your fill of the cobbles in Temple Bar and are looking for a more active day out while not traveling too far outside of the city, there’s no need to look any further than the Dublin Mountains.

Officially opened in 2010, the Dublin Mountains Way consists of approximately 25 miles of trails that, if you were to attempt to undertake in one day, would take a whopping 12.5 hours of walking.

Along the various different routes mapped out, hikers will come across the Hellfire Club, otherwise known as Montpelier Hill, where Irish members of the club used the now ruined building as their meeting place between 1735 and 1741. 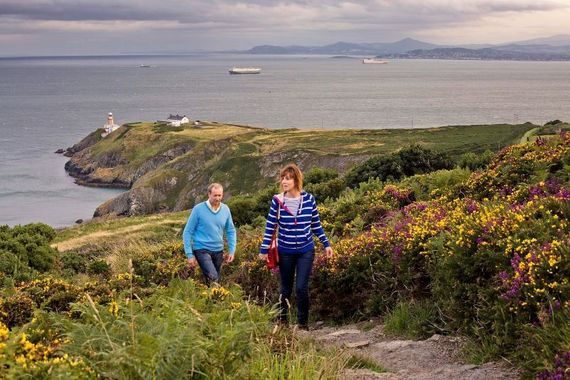 From Howth on the north side of the county to Dalkey in the south, take another breather from the hustle and bustle of Dublin city and take a day trip out to one of the beautiful, picturesque, coastal towns around Dublin Bay.

Easily accessed via Dublin Bus or by taking the DART (train service), these picture-perfect towns offer up everything from stunning cliff walks to endless beaches, with all the tasty seafood, quirky little shops, and general seaside craic you could ever want in between.

Just ten miles from Dublin city center, Malahide offers up the magnificent Malahide Castle and the Talbot Botanic Gardens, while the old fishing village of Howth, as one of the most eastern points in Ireland, offers some of the country’s best seaside walks.

Grab an ice cream in Teddy’s of Dun Laoghaire, step into to meet the warm turf fire of Biddy’s in Dalkey or take in Strand Street in Skerries to really see the best of the east coast.