From the Emerald Isle to the Emerald City from $305 each way, with flights taking off four times per week from May 2018. 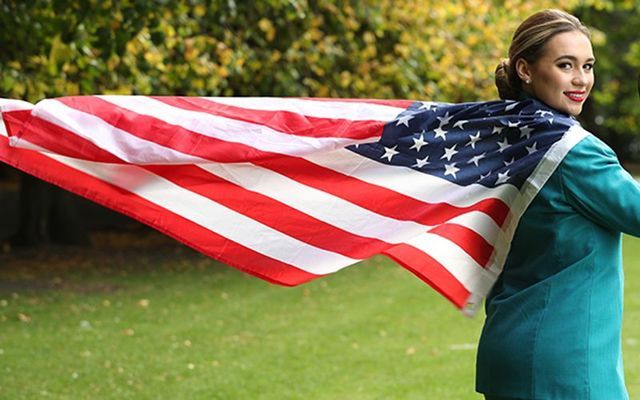 From the Emerald Isle to the Emerald City from $305 each way, with flights taking off four times per week from May 2018

The Irish airline Aer Lingus has announced the first ever direct service from Ireland to Seattle, Washington State. Flights will take off from Dublin four times a week and prices will start from $305 each way.

The service, on Airbus A330, will offer both business and economy class and will operate four times weekly from May 18, 2018 on Monday, Wednesday, Friday and Sunday.

Seattle has strong business links to Ireland, boasting a vibrant technology sector which is home to some of the largest technology companies including Microsoft and Amazon, both of which have significant operations in Ireland. The Irish based aircraft leasing sector will now be connected directly to the home of Boeing and Seattle is also home to the world’s largest coffeehouse chain Starbucks.

From a tourism perspective, Seattle, known as the Emerald City, sits between Puget Sound and Lake Washington on the Pacific Northwest. It is home to must-visit sights like the Space Needle, Pike Place Market and the Museum of Pop Culture and has a noteworthy musical history.

Speaking at the launch of Aer Lingus’ Dublin Seattle route, Stephen Kavanagh, CEO said “We are delighted to announce Seattle as our latest transatlantic route for summer 2018. We believe this service will offer great value choices to our guests and further enhance Ireland’s trade and business links with the U.S. Since joining International Airlines Group some two years ago we have grown and strengthened our Dublin Gateway to North America and we look forward to continuing this development in the years to come.”

The launch of the new service to Seattle is just another step in Aer Lingus’ plans to strengthen Dublin Airport as a major European transatlantic gateway. The four-star airline’s strategy delivers increased connectivity for Ireland which supports international trade and economic development, as well as growth in tourism. It also highlights the gateway connections available at Dublin from North America, the United Kingdom and Europe, with the convenience of US Customs and Border Protection services at Dublin Airport. 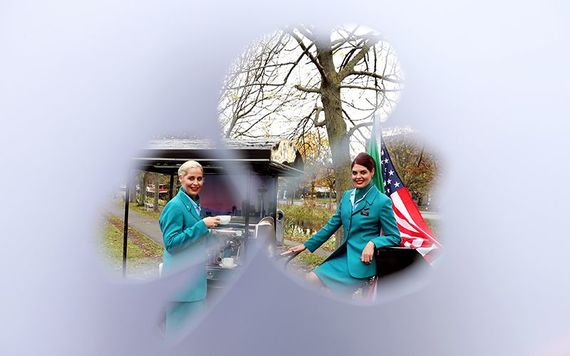 Take in the cafe culture of Seattle, Washington.

From Seattle, Aer Lingus will offer 24 seamless connections, via the Dublin Gateway, to UK and European cities such as London, Paris, Rome, Brussels, Amsterdam, and Frankfurt. British travelers will enjoy connections via Dublin to Seattle from cities such as Birmingham, Manchester, Glasgow and Edinburgh. 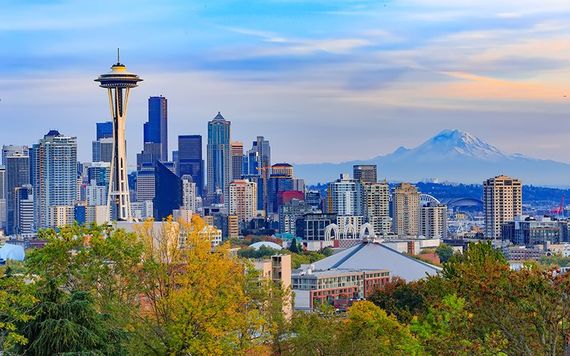 The Emerald City of Seattle, Washington.

- The city of Seattle has been inhabited for more than 4,000 years.

- Coffee lovers rejoice, because Seattle is the original home of Starbucks, the largest coffee chain in the world.

- Seattle has been ranked the top literate city in the USA.  They have the highest percentage of residents that hold at least a college degree.

- The Public Library System in Seattle has the highest percentage of library card-holders (per capita) in the entire country.

- Boeing became the largest employer in Seattle because of World War II, when the government of the United States suddenly found itself in need of quality airplanes.

- When the Space Needle was built in 1962 for the Seattle World’s Fair, it was the tallest building west of the Mississippi River.

- The “Underground Tour” will show you that Seattle was built directly on top of the city that was affected by the fire of 1889.

- Seattle’s annual rainfall is less than that of Houston, Chicago and New York City.

- People in Seattle buy the most sunglasses per capita than any other U.S. city.

- Seattle is the birthplace of Jimi Hendrix.

- Seattle was the first city in the US to play a Beatles song on the radio.

- Second only to New York City, Seattle has the most live music performances in the USA.

- More people bike to work in Seattle than in any other similar-sized city in the U.S.

- The Washington State Ferry System is the largest in the country and the third largest in the world, carrying more than 25 million passengers each year.

- Seattle’s Pier 52 is the busiest ferry terminal in the United States.

As a result of this record transatlantic growth 600 new jobs have been created at Aer Lingus. Last month saw the launch of a pilot recruitment drive to hire 200 pilots over the next three years and almost 3,000 applications were received for the first wave of 100 positions in October.

The airline’s fleet and employment will expand significantly over the next five years with the acquisition of Airbus A321Neo long-range (LR) aircraft from 2019. This aircraft type will open up new markets, expand the network and enable a new growth phase for Aer Lingus.

Planning a trip? Let us know your exciting plans below. Perhaps the IrishCentral community can offer you some tips!