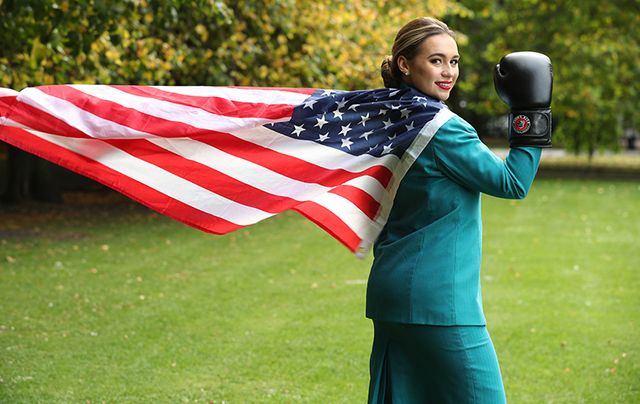 Get your full on Rocky vibes going in Philadelphia next summer with Aer Lingus.

The Irish airline, Aer Lingus, has announced their 2018 Dublin Summer Schedule, which will include flights to Philadelphia, four times a week, from March 25 2018.

Summer 2018 will mark Aer Lingus’ largest ever long-haul program with 177,000 additional seats across the Atlantic over the summer season. The airline’s transatlantic expansion will also include a daily service to both San Francisco and Los Angeles on the US west coast as well as twice daily flights to Chicago. Miami and Orlando combined, operating four times weekly, will offer a direct connection from Ireland to Florida every day.

Speaking at the launch of Aer Lingus’ Summer 2018 program, Mike Rutter, Chief Operating Officer said “We are delighted to announce Philadelphia as our new route for summer 2018. We are proud to continue to deliver on our promise to grow our transatlantic network and further strengthen Dublin Airport as a leading gateway to North America.”

Fares to Philadelphia start from $ 234.41 / €199 each-way including taxes and charges, when booked as a return trip.

Philadelphia is the ninth most visited city in the United States welcoming over 30 million domestic and international visitors annually.

Widely known as Philly, but formally known as the City of Philadelphia, it is the largest city in the state of Pennsylvania. Philly, known as the birthplace of American democracy, is home to an incredible array of treasures, including Independence Hall, The Franklin Institute and, of course, the famous Rocky Steps. Soak in the rich history, world-class art and so much more on a trip to Philadelphia – the ‘City of Brotherly Love’.

Those planning a visit to ‘The City of Brotherly Love’ will be spoiled for things see and do from visiting the famously cracked Liberty Bell and Independence Hall to taking in the many murals the city walls have the offer and of course, sampling the local delicacy – a Philly Cheese Steak!

History buffs will be particularly interested in seeing all the ‘firsts’ that Philadelphia has to offer including America’s first Zoo, first hospital, first public library, first art museum and first Mint. Another must visit is Betsy Ross House, the home of the seamstress who sewed the very first American flag.

Read More: Aer Lingus ranked as one of the top 10 airlines in the world

Film fans will be excited to walk around spotting scenes from their favorite movies as the city is also the backdrop to many critically-acclaimed films including Tom Hank’s Philadelphia, the Sixth Sense and of course, the Rocky movies. No trip would be complete without recreating the famous Rocky Run up the steps of the Philadelphia Museum of Modern Art or a visit to West Philadelphia, where the Fresh Prince was born and raised.