New York without the Irish would be unthinkable. 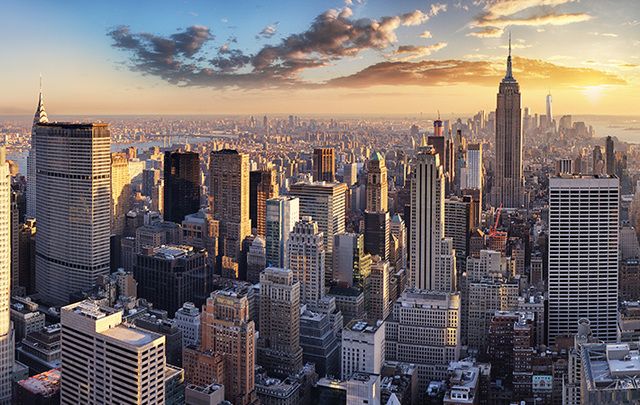 New York City with out the Irish...it just wouldn't be the same. iStock

This poignant patch of green on the concrete island of Manhattan was built by artist Brian Tolle to commemorate the victims of Ireland’s Great Famine 1845-52. The monument is designed to resemble the Irish countryside ravaged by the deaths and forced emigrations of millions with a dilapidated cottage and native flowers from Connacht.

Another indispensable piece in the puzzle of Irish America; for hundreds of thousands of Irish immigrants their first step on American soil was Ellis Island and the site today now boasts an immigration museum to tell the story of how the United States has welcomed the huddled masses, wretched refugees and homeless of the world to her shores.

The home of Irish sport in New York; on match days there’s nowhere more Irish in America as the park heaves with accents from the 32 counties and beyond. Little kids carry hurleys to watch their team play and the Star Spangled Banner flutters besides the tricolor.

Whether you’re interested in the latest Irish play that is taking the States by storm, you want to learn to sing, dance or speak Irish, you will find a form of cultural enrichment at the IAC.

In a city where it almost seems like there are more Irish bars than Irish citizens, McSorley’s stands out because it’s thought to be the oldest Irish bar in the city. Once much mocked as a den of misogyny - it only allowed women after being sued in 1970 - now it is venerated as a place of history and old school architecture. Look out for the wishbones above the bar - they were left by soldiers off to fight in the Great War in Europe but never returned to pick them up.

Perhaps a surprise entry but during the summer months the island reverberates with the sound of Irish accents. The company that rents bikes on the picturesque island recruits mainly J1 students over to spend a summer in New York and after a few months working under a blazing summer sun, this will be the most tanned group of Irish people you’ll ever meet. 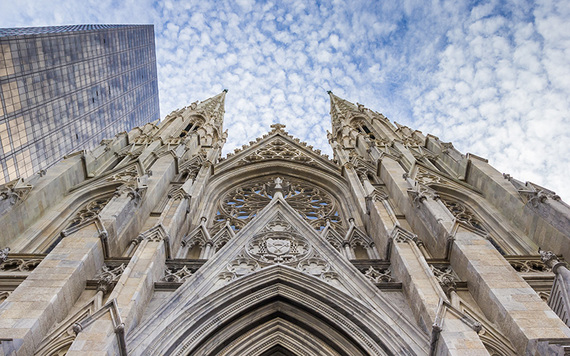 The spiritual home of Irish America, St Patrick’s was built with funding chiefly from the city’s Irish community and when opened in 1879 it was called “the noblest temple ever raised in any land to the memory of Saint Patrick, and as the glory of Catholic America.” It still remains a place for the Irish of New York to come together in times of both celebration and mourning.

Perhaps the finest trad bar in all the 50 states. Paddy Reilly’s Bar is a never ending showcase of Ireland’s glorious music tradition.

Located on 5th Av opposite the Metropolitan Museum and Central Park, the society hosts numerous events and includes a library bursting at the seams with the secrets and stories of generations of Irish people.

The home of Irish American studies in New York, the House hosts weekly events open to the public on as wide a range a topics as can be imagined.